Showing posts from November, 2012
Show all

November 19, 2012
For years Mom told us she could stop smoking but she did not believe it would kill her. After many many years she was put on Oxygen because of it. She quit smoking but it was way too late. For 2 1/2 years (the end of her days) I watched her drift away from me. The cancer she had from smoking taking a small bit of Mom from me every single day. In the end, the last few months, it was so hard just to see her. It was not the person I knew and in the end she did not know me. At the start of this she was full of life and a healthy size. Then at death she was 80lbs. It took so long and life was so hard for her for years. I am not telling you what to do. I am just telling you what happened to someone I loved more than my own life. Hugs - Dave.
Post a Comment
Read more

November 14, 2012
The hurt of losings someone just never goes away. Ever time I think I am past the point of crying it comes back. Remember all the good times just makes you miss them more some days. All the little things like watching the news with her, or cooking for her. I wish this would just stop... But then I would be dead inside if it did. So I live with the pain and go on to have joy fill my day tomorrow. But for tonight I am going to lie in the dark and hide the tears...
Post a Comment
Read more 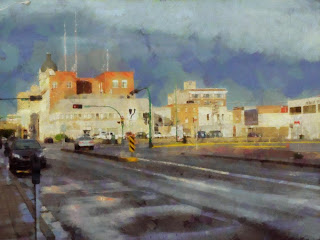 November 05, 2012
So we open a web site for video. We get a cool name and some young girls to promote it. But we must control all content 100%. That way we can be god. And if someone outside our little bubble is different in thinking we can do videos on them. As well no sock accounts, just the one I have. I can use the ban hammer to keep them in line. I will be a hero! Praise God this is his will after all.
2 comments
Read more

The Right To Die

November 03, 2012
So I been reading a lot about the right to die. In Canada we are starting to move closer to demanding the right from out government. In a small about of countries in the world it is in place right now. The religious folks will say that it's a sin. I have to say, how can it be? When a person has no hope of being better and the quality of life is to a point that there is noting left but suffering, I feel they have the right to ask for death. I do not think this right should be given lightly and a quick but educated decision should be reached by a board of doctors on a case by case bases. In special cases where the person has not the capacity to understand what is going on, I am very much at a loss as to what should be done. We have a world famous example of that in Saskatchewan where a man put his daughter to death to end her suffering. He spent some time in jail and his life was forever scared
5 comments
Read more
More posts