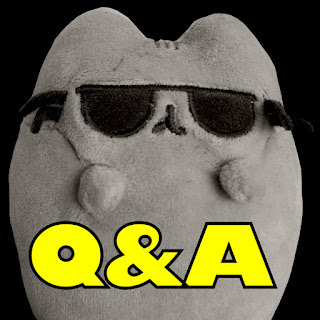 When did you realize that you wouldn't get a prom date?

While I was sitting in a rock by a fire with a bunch of others that did not go to prom, but instead elected to party.

What would you say if you knew you're about to die?

The two million dollars is hidden in the...

Why does predictability bore me? I enjoy those who are unpredictable and crave the enjoyment of it.

I was like that when I was younger. Now I want everything to stay the same and be predictable. About 25 years ago I became unable to work or do all the fun random stuff. I grew complacent. Try to hold on to this as long as you can, I remember it felt good to be alive back then.

How close are we to judgement day?

It's constantly happening in my belief system. Your afterlife is keyed to how you lived this life. What you did to others or for others the most, will be what the next life is like. If you talking biblical, that does not happen until after the end times, you end up waiting to be judged and either destroyed in the lake of fire or granted entry to the kingdom. No man shall know when this will happen, so there is mo answer.

How do you want to take your last breath?

Laughing with my friends.

I feel like God is against me. How do I change this?

Change your beliefs. Once I became a witch I stopped feeling persecution; I also became a lot more happy with my lot in life because I altered what I though was success. I have little in thus worlds but am truly loved and I help others when I can. No more feeling punished by God.

What would you choose to happen to you after death if you had a choice?

My desire for disposal of my body is to be turned into animal feed. This can't legally happen, so 11m just going to be cremated and planted in an unmarked grave. None of my friends will visit the grave as they know 11m not there, but in a better place.

Would you prefer to eat spicy food or bland food for the rest of your life?

Spicy. Spice is so much more fun.

Do you live like you believe in God's promises?

Yes, but switch God with the 3 Goddesses.

If atheists are as smart as they say they are, then why do they deny the evidence that's right in front of them?

There is no evidence and will never be. You are dreaming up evidence if you think there is some. Your Bible says to believe by faith alone. The book thus admits there is no evidence. Feelings are not fact. Interjection of the will of God into everyday events is an opinion, not evidence.

Depending on what causes the pain, maybe none at all. For me I have fibromyalgia and personally I need to move around every 20 or 30 minutes or I start to hurt worse, so just walking helps. However when in a bad flair any movement at all hurts a lot. When my arthritis is acting up walking is very painful. But there studies that show a fit body is more tolerant to pain. Most I know went with Yoga and it seems to work for them.

Can God blame us if we don't believe in him?

According to several religions yes he does blame you. According to others he does not. Religion is an invention of people, mostly for control over others. The idea of "follow this boom of rules or be punished without end", has a lot of power over people. That is, if you let it. I have to wonder with this question if you truly don't believe or not. My life was a hell of self loathing because of religion, but I gave my 10% to the church. When I needed them the most, none of them where for me. Instead friends who had no Gods where there for me. It wised me up to the con of religion. Yes there is good to be had by some, but not always.

Is there anything wrong saying, "I have strong faith in God and don't need the Covid vaccine to protect"

Yes, you are fooling yourself. The magic friend in the sky won't help you. Too many have died for so called faith. Don't be foolish. It's like saying the fire won't burn me if I believe hard enough. A virus does not care if you follow God.