Remembering the Commodore 64 and GEOS 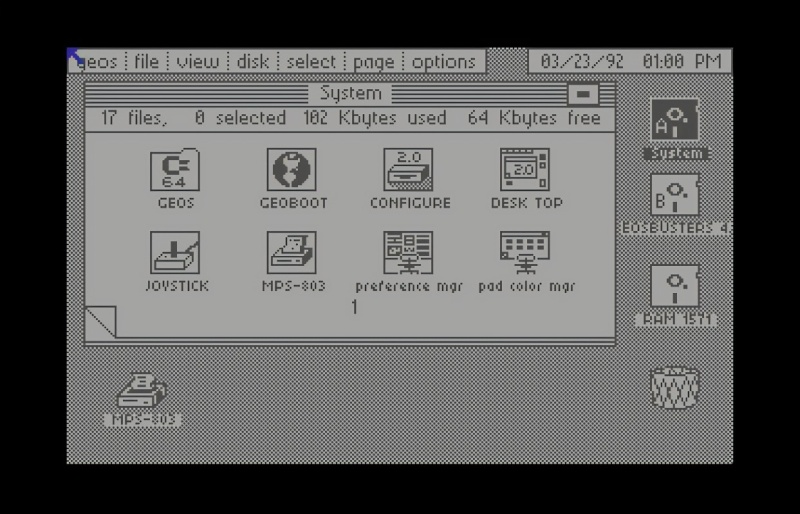 I have been remembering when I used a Commodore 64. The think had a total of 64kb of ram only. The program you see above was GEOS. It was a windows like interface that allowed you to use graphic oriented apps like the paint program and the work processor that actually had fonts. Oh man the graphics where not much compared to today, but back then it was astonishing. Can you imagine running an office with a 64kb computer that ran at 1mhz? Your average top end smart phone runs about 2000X faster and has around 62,000X the memory. The storage on an average smart phone now is around 370,000X more than one of the floppy disks as well. In fact a photo you take on you phone would be way too big to fit on the disk. The only thing that is not massively more is the printer resolution, that is only about 10X to 20X more than the dot matrix printers, but a modern printer makes a hell of a lot less noise and prints way faster. A color printer in the day had the ability to print 8 colors if you where lucky and it was very expensive to run, so almost no one had one. BTW, the color depth of the C64 was 16 colors, a modern smart phone or PC is 1,000,000X more color depth. When the Amiga came out and it had a color depth of 4096 colors, people where blown away.
Image source Commodore Software site.