Went to the hospital with pain I was unable to tolerate. I am very hard to get blood out of, so they take it from my hand as the arms are next to impossible. I seem to always have a bruise on my hand after they draw blood. They shot me up with a pain med I'd never heard of and I forget it's name. They then gave me a muscle relaxant and waited to see what happens. I knew there was a cyst on my right kidney and I thought it was that acting up but the doctor was certain it was a muscle. I found out the cyst is 5cm (1.9 inches) in size. That's kind of big. I thought it was smaller then that. The pain meds made it tolerable and I went home to sleep. I went to Rexall the next day to get the pain meds and they where not covered and I was full on not going to give them $58 and change for 5 days of pain meds, so I skipped it. 2 days later the pain was almost gone, so I'm glad I did not waste money on the medication. 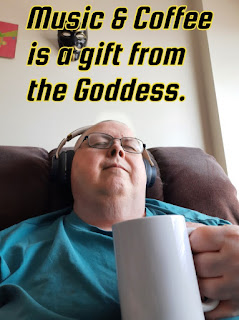 Been not feeling well this last while and music and a good cup of coffee always makes it feel better. I listen to a lot of music and it also helps when I'm having a panic attack. I sit there with my favorite stuffed toy and drift into the music until I calm down. It also does somehow lessen the pain while I'm listening. 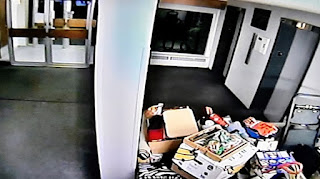 Not able to sleep, I turned on the security camera feed at 1am. There was a person moving in at that hour of the night. There was also a few people going in and out to smoke as you are not allowed to smoke inside. You are also not allowed to smudge or burn scented things, but someone on my floor seems to be burning incents often in the evenings. No idea who it is, but it's not bothering my chemical sensitivities, so I don't really care. 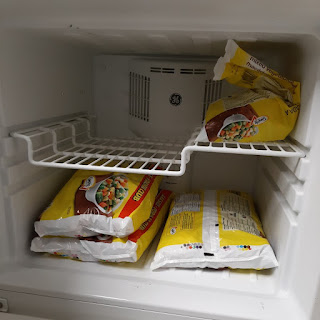 They changed out my fridge and the new one makes a sound now and then like when you drop a plastic drinking cup on the table. Not a clue what that is, but it seems to be working fine. There is the matter of the worlds most useless shelf on the other hand. I really wish it was flat so I could get more stuff in there, but NOPE got to have this monstrosity.
moose jaw