The Person Who Hates

July 20, 2015
It is a common thread among angry people that they externalize the hate for themselves. It is all but unheard of that people of violent thinking and actions like themselves. Only a pure sociopath will harm with no self anger. In their case it's a release and nothing more. Like masturbation for a normal person. In any event they are all people who can not function on a normal level in any respect. The mind is preoccupied by their desire to do harm. For the vast majority of people who are driven by hate, they are too scared to act in any real manner. Instead the hide in the shadows or in large numbers of people who think they have a cause. The reality is the so called cause is a way to hide the loathing of the self and place it on others. Only a small number will ever do more than yell, rant, rave or leave comments on social media. These are the true threat to society. The ones who can not be saved and need to be taken from society in one manner or the other. If you encounter 90% of these people in real life, they will literally cower and walk away or they will pretend to be friendly. Then they will go to the privacy of their own home and act out the fantasy of harming others in some manner. For the majority this is the internet. Forums, Facebook, YouTube and the like. The hide behind a fake profile picture and a made up name. Most of them think that the user name is witty and will impress people. The reality is, most will never even notice the name and just block them and more on. They will keep this activity up for the rest of their lives unless they find a way to deal with the reason they hate part of themselves. Most of this is just a temporary thing that young people who feel inadequate go threw and they grow out of it.

The small number who carry on past the age of 25 or so have little hope of ever finding inner peace. When they are reminded of the reason the hate themselves, they will act out in an anti-social manner. Most of the youth in this boat literally want validation threw attention. The ones who are older seek to feel good by harming others. This leaves them with more self hate and they feel empty and unsatisfied after the act of lashing out. They will often fixate on other people who are like them but can function in society and be happy about themselves. To be the target of such hate is to be latched onto by someone who is almost exactly as you are. Those who hate the disabled most often think they are dysfunctional in some manner and society does not help them like they help the disabled. Those that hate the LGBTQ community are most often part of it and can not accept that reality. Those that hate children are often in fear of committing to such a thing as being a parent. Those men that hate women are often people who inwardly desire to be one and find this to be wrong some how. The list goes on and on.

There are also a few that will hate all parts of their lives and they often will latch onto a group or individual and blame them for their total failing at life. A typical person who shows a lot of hate will be someone who is underemployed or unemployed. They did not do well in school or sports. They may not even know how to drive a car at an older age. They tend to spend all their money on impulse and are often in debt in some way. They are alone and will stay this way as they think no one can love them. The reality is they often have pushed away many people who loved them in their lives, not realizing what love actually is - as it triggers feelings of self pity and hate for themselves.

Do not be offended if you encounter these people online and do not fear them. They will never be a threat to you or they would literally not be showing their anger online. Feel sorry for them as they are the lowest of the low in our modern and free society. They will often be people who drink a lot of use drugs to escape their minds. So know they are to be pitied and not feared or reacted to. The best thing to do is to just keep blocking and moving on. 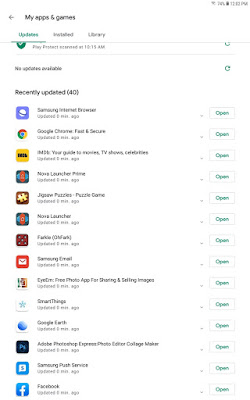