Had Trouble with Smith Micro and my Bank 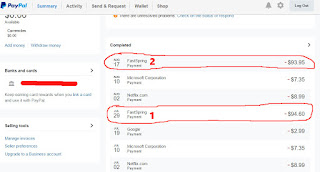 Charged twice for the same software from Smith Micro. A google search turned up several others with the same plight, as well as a couple who literally did not know where the charge was coming from. 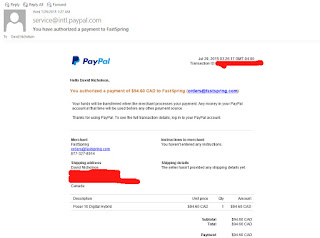 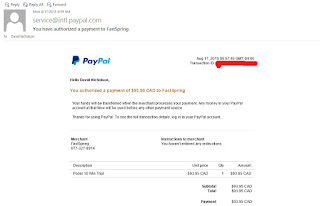 Now the thing here is they have a shady practice of charging you for the full program after 30 days of using the trial unless you cancel it. If I remember this is not even legal in Canada, I don't know about the USA. But on the 29th I put in a cancel request and paid for the full version threw paypal. Smith Micro then seems to have lost of ignored the cancel email and charged me for the same program twice. The difference in name is because one is the so called trial and the other is the full version I paid for. The difference in price is due to the change in the Canadian dollar compared to the US price of the product.

Now I phone the bank and tell them I want to stop the payment, as I only have $4 in the account right now. The rest of my money is in investments and I literally can't get them our or they charge me $100 to do so. The lady on the phone tells me I need to have $15 in the account to be able to stop the payment that I did NOT authorize as they charge you $15 to do so. The fact that I am on a disability pension and have very limited income and need to keep the little money I have on hand to get to needed medical tests seems to fall on deaf ears. So obviously Connexus Credit Union does not much care about the fact I will be hit for a $45 charge for not having the funds in the bank for a payment I did NOT authorize. The fact that the charge should literally never have been made is not even of consequence to them at all.

So I am out money I can't afford to pay and will be short for the next month coming up over a shady company with a shady way of doing business. Not to mention a bank that literally does NOT care that I am being ripped off and will charge me $45 to be ripped off for over $93. So it's almost $139 in total that I am actually being screwed out of.

Smith Micro tells me that if I give the information the request they will send a refund to me. The thing is I am still out $45 for a screw up on their end that seems to happen more than it should. If I was the only one with this trouble from them, I would pass it off as perhaps something I did wrong. But I am far from alone.

Here is an example: http://forums.macresource.com/read.php?1,1133723,1133909
As you see this is for poser 8 and 10 is out now. So they have been doing this practice for some time now. I wonder how many people literally did not realize they where going to be charged for the thing and just uninsulated it thinking that would be the end of it? Not to mention the fact that another person I know from online has told me the same thing happens to him as to me. They never cancelled his trial and he was charged for it anyway. He did not actually buy the full version though, as it did not fit his needs.

* UPDATE: I have won the appeal with PayPal and they have refunded the money. So all is good with that. I just now need to try and get the bank to wave this $45 NSF fee for something I did NOT actually authorize. Will be doing that as soon as it shows up in my account.
connexus credit paypal poser 10 poser 8 smith micro union