I use a program on Windows 10 called Jigsaws Galore to make and play Jigsaw Puzzles. I've got rather a lot of them and I've done rather a lot of them. So far I have 4444 puzzles, but I'm sure, although I said that was enough, I'll make more. In fact I have a folder with pictures I want to make puzzles with when I get the amount of folders in the program down a bit more. I'll laterally never live long enough to finish them all, but that's not the point, the point is I like playing them and making them. I've been backing up my puzzles and tossing the finished folders into a ZIP file and removing them from the game folder. Now and then I ZIP the game folder so I don't lost what I've done in case my PC drops dead. Here is a list of the puzzles I have in the game folder and a list of the ones I have finished. 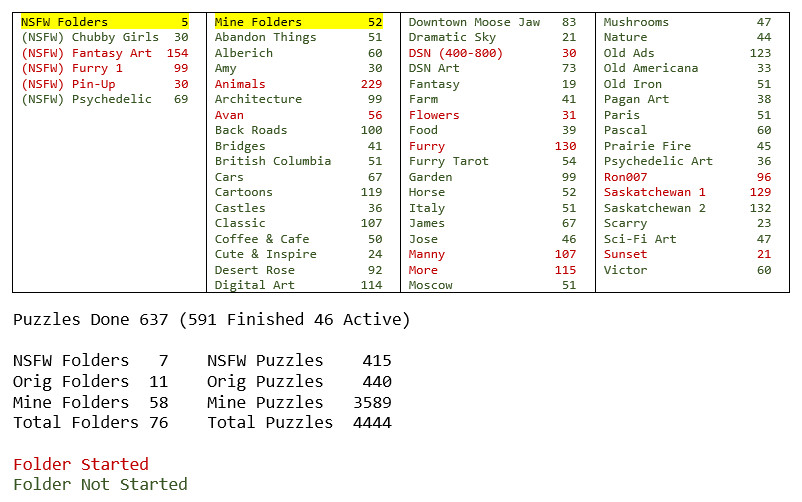 BTW I can do about 100 pieces every 4 minutes right now.