And when they all typed Amen this happened... My jaw dropped. 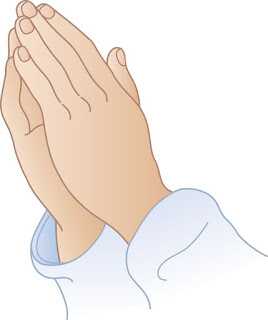 You know what happened? Nothing important in their lives. Not one person was healed, not one life saved, not one person received the money they needed. Instead it was a glaring example of how to make people do anything you want them to threw manipulation of their feeling or beliefs.

It all ends up proving that humanity will always be easy to lead. There is no need to cause suffering to control people on mass. All you have to do is plant ideas in their head by slowly changing what you tell them. Once they follow you for what you say, they are yours to control.

So many people say they know "the truth" of government and media. The fact is, that another form of media is controlling their actions and manipulating their thoughts. They are the unwitting followers of a system designed to break up the unity of their nations and cause strife. They literally allow it and do not see that they are the biggest problem in their nation.

When you change the will of the masses to the point they are willing to hit the streets and protest, it's one step away from them taking more violent actions. Look at the violence between political camps right now in the USA. People willing to stop traffic and to literally beat on the weak and helpless to prove their point. This is the complete loss of respect for others lives. This is the replacing of independent thought with the will of the leaders.

Being that the ones controlling them are not even known to them in most cases, how can you expect them to realise what is happening? For the most part these social media posts to as to type something are just for the false feeling of being popular. But it is a symptom of a bigger problem with people these days. One that is effecting how people interact.

Look at the bathroom issue? Before the media hype this was not an issue. Then social media got hold of it and people started to literally harm others in the name of "protecting the children". All this is doing is teaching those children that it is right to use violence to force your point of view on another. For longer than I have been alive this was not an issue and no one cared. Now people are convinced it's a plan to destroy morality. All the time morality has been shed in the name of a cause that was fabricated by a few hate filled people.

Among the people I know I see posts shared that spread hate for those fleeing to our country from the oppression of murder of their home land. Saying they are taking our benefits and our housing. This is literally saying that people in our country are losing things instead of helping the weak.

Then there is the attack on the poor. Those who think it's their fault that the economy is not as good as they wish it to be. They think that by abandoning those on welfare that some how magically all their financial problems will vanish. The fact that on average their taxes would change less than $20 a year if we let millions starve to death in the cold streets, does not enter their minds. They think some how it's morally right to let them die or suffer in the cold and rain for the rest of their lives. Women and children among them. The strangest fact of this one is, that most of these same people would deny the women in poverty the ability to have an abortion. This bringing yet another child into the hell of poverty. Some how this is logical to them. The folly of thought that claims that almost all, if not all, people on welfare or disability want to be in this hell of poverty.

The social forces are double edged to keep people on welfare for generations. Most of the communities that are in poverty tend to have the attitude to teach their children there is no hope of getting out of the hell they are in. As well, there is the idea that somehow there is massive funding to educate the poor to the point that they can rise out of this world they are in. This is of course a fools paradise. The funding is at best a token effort and to qualify for it you have less chance than winning the lotto twice in a row. Still people think it's in place for all who want out. Then there is the idea that because they can't afford to dress up to the standard of the day, they are unwilling to make the effort to work. This is the biggest catch of all.

We are in summation a people divided by the idea that are placed into our minds by a small group of others and shared on social media by millions. The fact that we think we are in control at all times and "know the truth" is to laugh. The idea of truth is literally dead in our society. The information is all there and all available, yet we do not look for it. Instead we search out information that is false in order to progenerate the idea we have been programmed to think.

The folly of a group that thinks they have the answers being led to think what they are told. The idea that they are in control when they have never known independent thought. So go ahead and type amen and share that post on how evil others are. After all your "saving" your country. The reality that you are dividing it to the point it may not stand, is lost on you. But then again, I am just a puppet of a system that wants to control you. Right?
internet