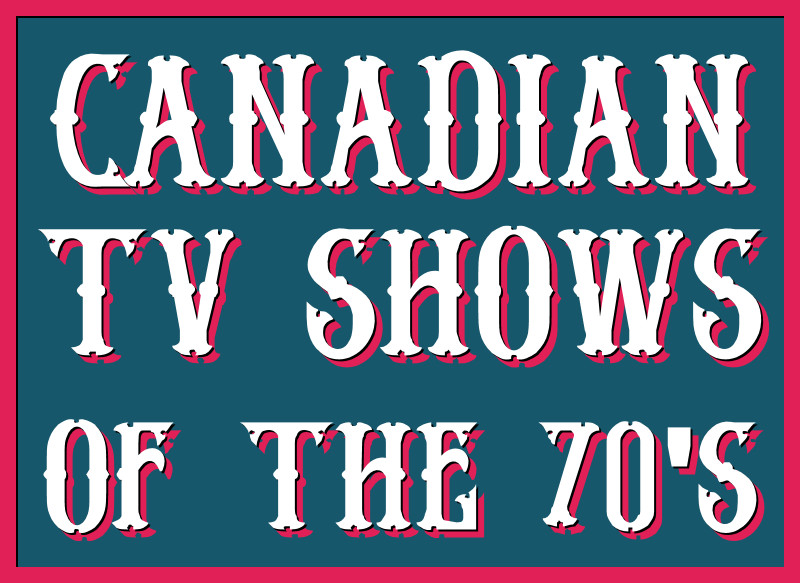 This was a show that I remember my Mom and Dad watching once a week. Later in life I watched it as well. I no longer watch it as I’m no longer interested in news. At the time in the 70’s I did not really get what it was all about, I just wanted to be with my parents while they watched it. My brother never did stay for it if I remember correctly.

Dad watched this all the time in the 70’s and 80’s then just kind of stopped. I now watch it on my own. I love Hockey and CFL (Canadian Football). At the time I just was there for it – was not interested in sports until I was much older.

This is the consumer affairs show in Canada. They document what a business is doing wrong to a customer or a group and then confront them with it on camera. They have effected change over the years and ran a few places out of business. I was interested as a kid in the 70’s but I can’t tell you why I liked watching it.

This was the thing as a kid for me. I loved learning from it even if some of it was over my head as a child. I remember David Suzuki hosting the show for many years. In the mid 1990’s he did an episode where a man was trying to make his penis longer. They showed it all on prime-time TV. The man had a 5 LB weight hooked to his penis and was trying to stretch it by doing this every day. The entire time Suzuki was interviewing him, he was looking at the man’s penis not his face. This was also the most popular Canadian TV show in history and is still watched in 80 countries.

To be honest I thought this show was dead until I looked it up. I have not seen it since the 1980’s. I remember them talking to politicians and not really understanding or caring what they were saying as a child in the 70’s. In the 80’s I got what they were saying but was very much not political at that point in my life.

This was a nature show that I loved to watch, just to see the action and the animals in the wild. As a kid I had no idea that a lot of the shots where set up in some way. I learned that later in life. I watched this all the time and loved it.

In the 1970’s I just barely remember seeing this show. It was on at a time I was normally in bed and almost never saw it. I remember mostly Mom was interested in it and for the rest of her life she watched the show. To be honest I never watched a single episode that was not when I was with Mom.

What can I say, as a child in the 1970’s this was the thing to watch. At the time Cable TV did not exist in Saskatchewan and there were 2 TV channels in English, and this was something else to a kid like me. He did art of a sort (cartoons), dressed up and played pretend. There was also Casey and Finnegan the puppets that lived in a tree house. I loved this show but would miss it if I had the chance to play with my friends instead.

Well this was dull even as a child, but I liked the music and we had almost nothing to watch when I was little. So, we watched this. It tried to teach us how to get along and the joy of music and the usefulness of imagination. It was however like most Canadian shows at the time not well done and poorly lit. I don’t know what was with that, but most of the shows at the time sucked for lighting.

This almost does not fit into the 70’s, but I added it in. To be honest it’s one of the better Canadian shows of it’s time. It was about a dog who went around solving mysteries and fighting criminals. Sounds silly don’t it? It was, but at the time it was as quality as Canadian TV got.

This was not first run obviously, but we watched it as kids. The show even then was dull and badly acted. I’m kind of sure you can find it on YouTube. It was mostly about living the clean life and so on. I found it interesting that the Father was not around much in this show.

I can’t imagine how this show went 29 years. But it was one of the most popular shows in Canadian history at the time. In the 1970’s nothing else had more people watching it other than hockey. I can tell you how every episode went right here. The main character tried to salvage logs to make a living while his rival tried to screw him over and take the logs. There was a lot of chase scenes and the “jet boat” jumping over logs in the water. Then the 2 who would be bitter rivals would spend time in the café together after. I’ve seen episodes online and I can’t imagine why I loved this show so much.

This was CRAP even to a kid. The humour was not that funny, and the show was shot on one small set. They where all the same to me and I never liked it, but it was time with the family. To be honest, if Mom and Dad where not watching I’d be off playing. The guy who stared in it I really never saw in anything else, but that was true about most of these shows.

I was glued to this show as a child and till recently had fond memories of this awesome Sci-Fil show. Well we got talking about it and how crappy it was, so I watched it ALL online. I want the day I spent on this back. Sigh. It was terrible. The robots where cardboard boxes with flexible dryer ducts as arms. The acting was like a 7th grade play. The story made literally no sense and it just ends. There is no resolution. It was like they did not bother to wrap it up when they found out it was cancelled. Just think about an Amish person leaving home and finding out how to fix a vast star-ship from video tapes – that’s about how the show went.

As a child I watched this if I had nothing else to do and was stuck inside. It repeated for years even though there was only one season. I don’t think any other show I know of made so many episodes in one season. All the people I know but one hated it. The other person LOVED it and would still watch it if it was on today. It lasted in reruns until the 1990’s even though it was extremely dated as a 70’s type show. The worst part was the music sucked for the most part and the jokes where just lame.