File Transfer From Android to PC Kind of Sucks For Me

Windows 10 and 11 have this thing called "Phone Link", where you can link your phone to the PC. You just install the app on your phone (android) and give it permission. It works in the background of the phone and you don't need to worry, just open the Windows app and there is all your phone stuff.

The thing is, I literally had it uninstalled from windows and the phone, but needed to put it all back, because the Wi-Fi transfer app I had stopped working and not one of them I tried worked for me. Almost all of the are a FTP server and there is just no connecting to them from Chrome or Edge, it simply does nothing at all.

I had actually 2 different Wi-Fi apps that worked for a time then stopped working. Both seem to be abandoned and not updated. The both transferred files very quickly and very easily. The Phone Link on the other hand is kind of a pain in the butt to get to some folders and you literally have to move some files with a third party file explorer as the Samsung one seems to have been told in an update NOT to access files in a large number of folders. And well... the transfer speed is pathetic on this thing. Just not cool at all. 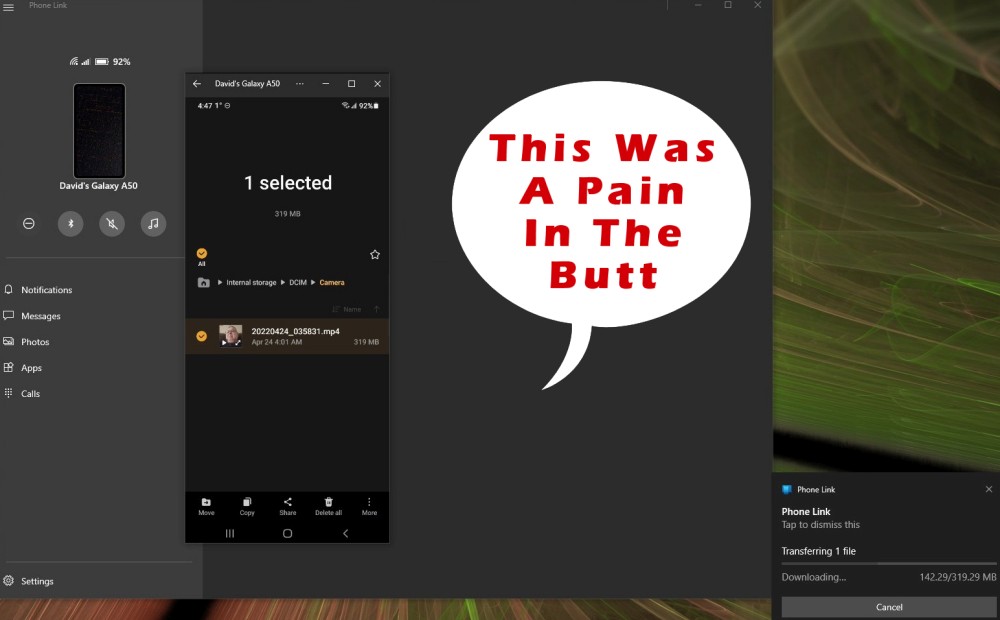