This was my favorite thing in the world for some time. A rooster on wheels. 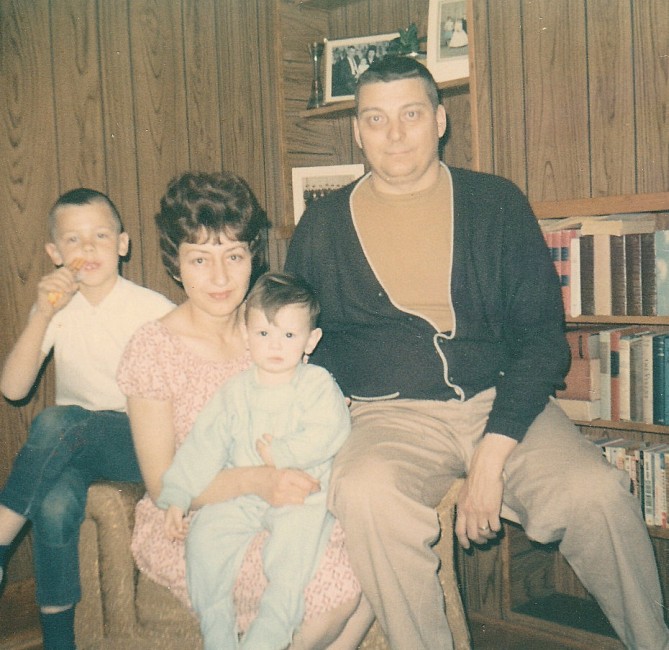 The entire family not too long after I was adopted. I was adopted at age 11 months. The book shelf is my earliest memory. I would climb into the bottom shelf and take a nap. 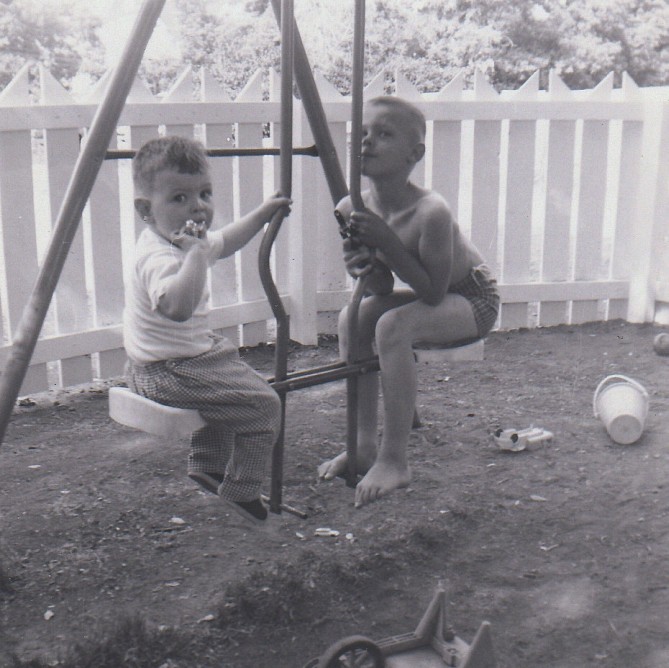 My brother and I on the swing set. The dude across the lane was drunk one night and went threw our fence and destroyed the swings. 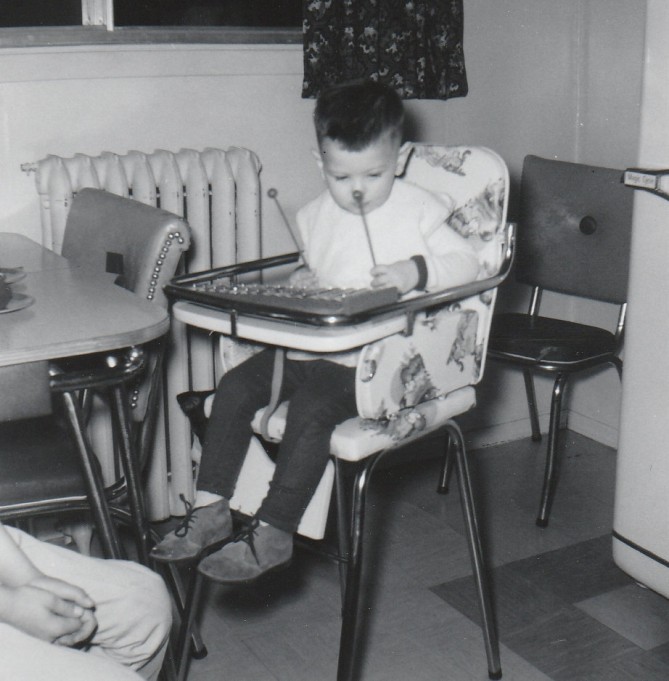 Second birthday. I have no memory of the xylophone. I have no idea who is in the chair, all I know is it was not Mom, Dad or my Brother. 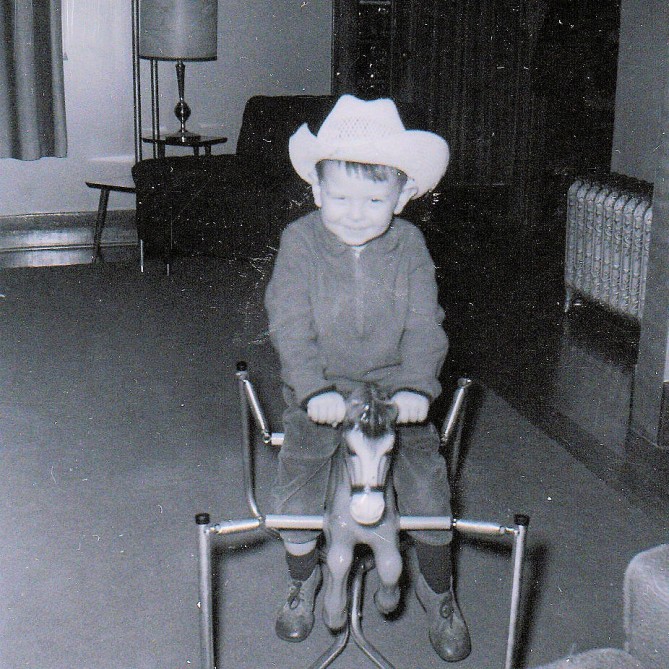 My cowboy outfit and my spring horse. 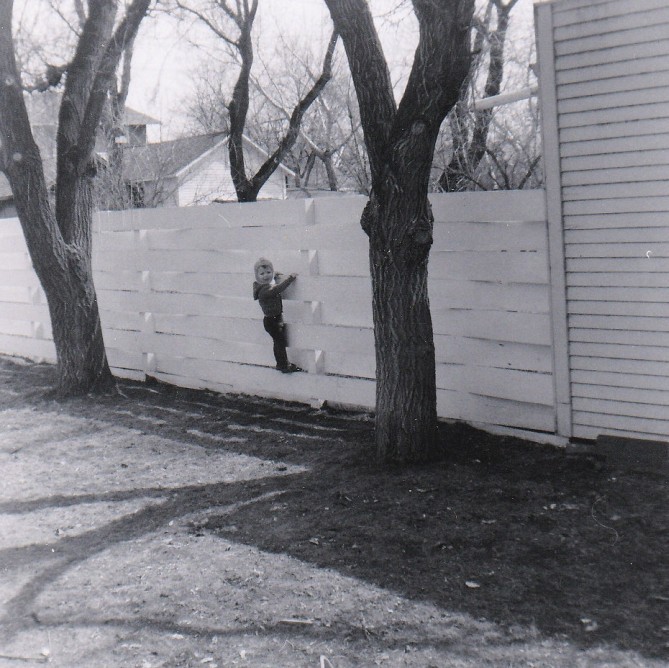 I was not supposed to climb the fence, but often did to see "coin" the dog on the other side. I called him "hoin". Judge Pope lived next door and it was his dog. I have a vague recollection of the judge. 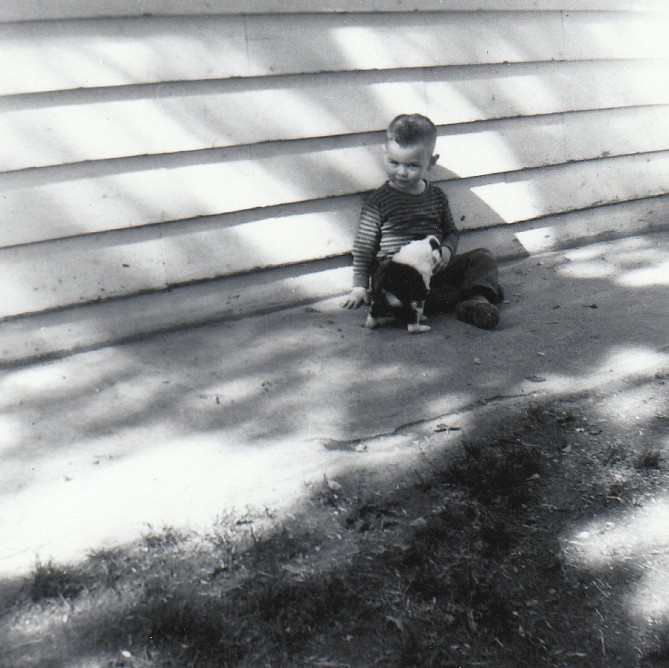 This is Casey and Myself. That dog was dumb as a post. He did not end up living long, he would bolt out of the yard if the gate was open. He got hit by a car 3 times. The third time was it for him, he died. 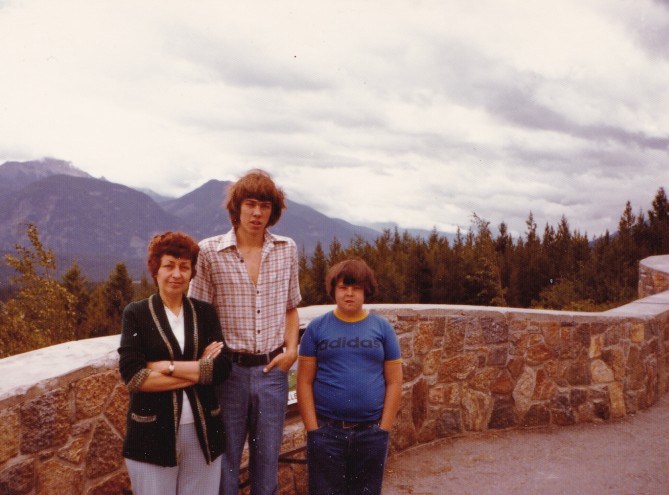 I'm 75% sure I'm 10 in this photo and we are at some mountain pass on vacation. There are strangely very few photos of our vacations, and only photos from 2 of them exist. You can see I got fat early in life. I was actually not fat until I fractured my spine at age 9. I never lost the weight, even though I was super active as a child and into my teens. 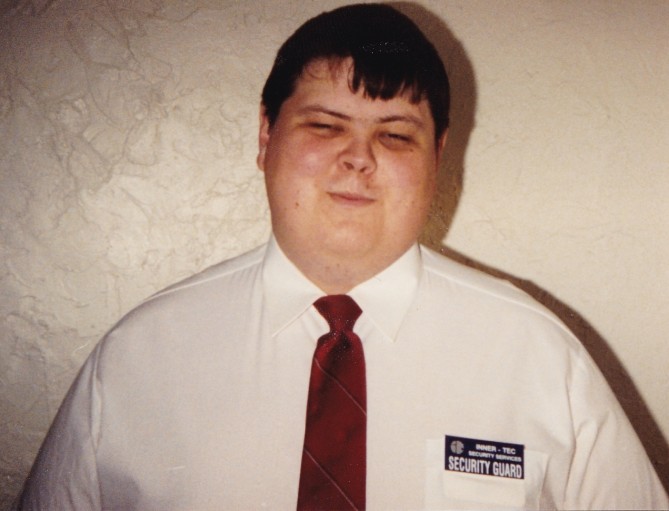 19 years old and working security for a short time. They only needed more staff for a strike at the post office and this is me doing that. 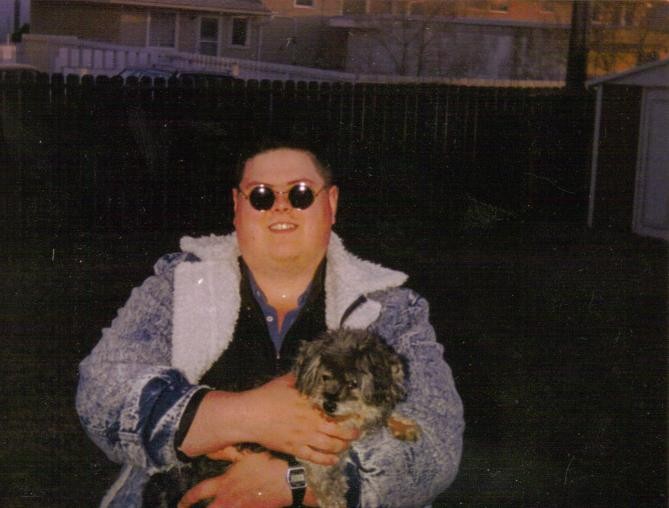 In my mid 20's. I was easy to get angry at this point in my life. The dog was the last one we had. I think he was around almost 20 years. Mom did not want another pet after him. He was very much my dog. He would come to me first every time and liked to be picked up and held. 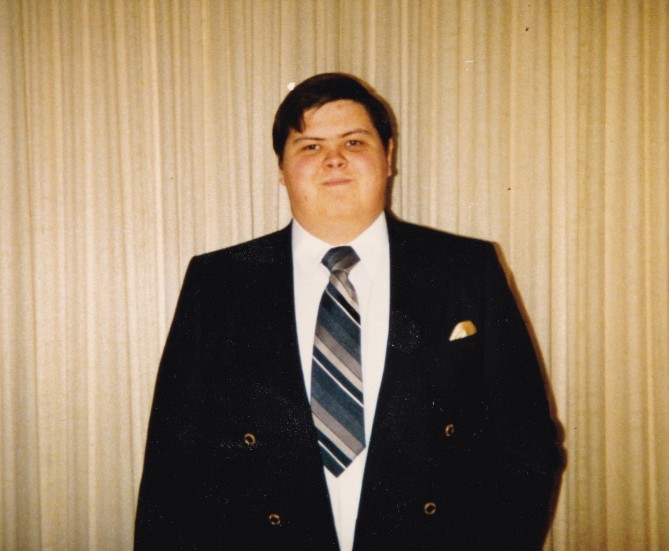 That freaking tie, I have no idea why I was wearing one so dang short, maybe it was the style in 1985. This is on my graduation day from high school. 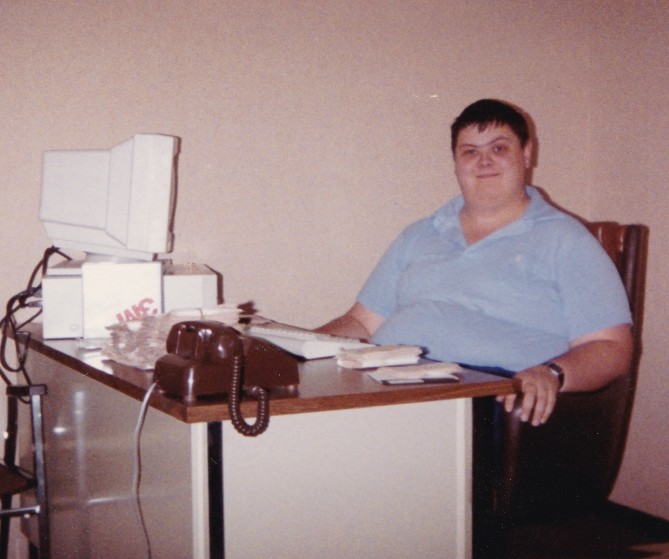 late 20's and working as a data entry person. All those stacks of paper had to be entered manually and that is basically all I did all day at that time. 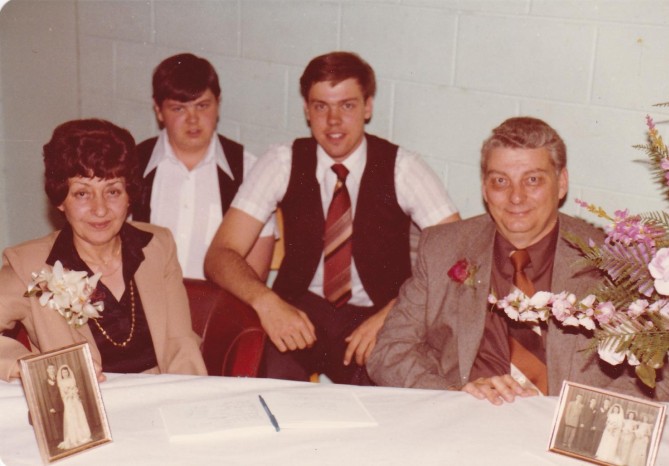 The entire family. I can't tell you how old I was in this photo, but I want to say 13. This is the only existing photo of all of us together. Like I said, they did not do photos for some reason. 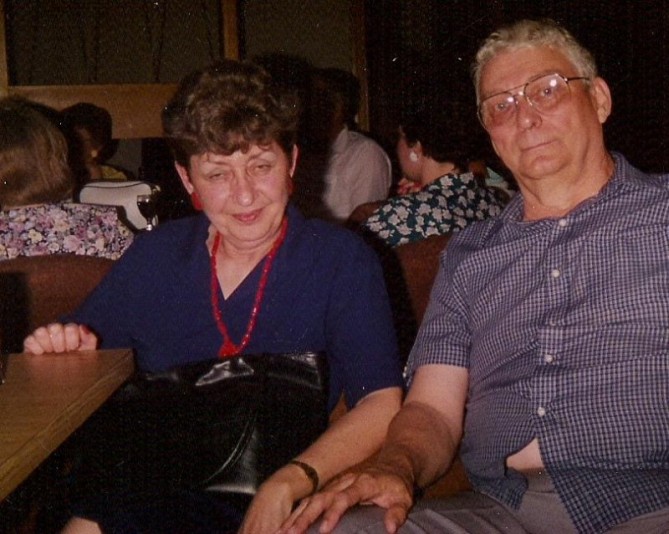 In my entire life I seen Mom drunk literally three times. This was one of them LOL. You can tell right? One other time was a Christmas party and the final time was Mom and I getting into some sparkling Strawberry wine. Dad was so impressed when he came home to find no dinner in the oven and Mom and I drunk LOL. 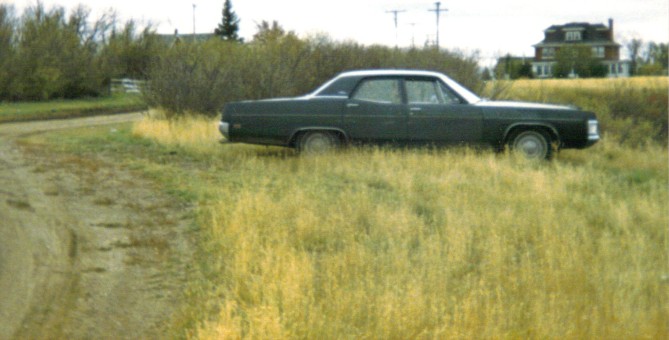 My first car, a 1969 Meteor Readout. I drove to New Orleans in this pile of crap and it was possibly the dumbest thing I ever did, but man was that a fun time. I lived in the car for 2 weeks. My parents never found out and they would have lost their minds if they did.
moose jaw Saskatchewan