Scented Stuff Is Going to Kill Me I Tell Ya 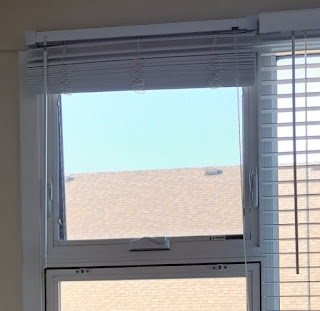 It's -8c outside and I have my window open a bit, so I don't die. Sigh. Sounds dramatic and all, but I have severe sensitivities to scented products. Right now, someone is burning incense and It's really getting to me, and I am having issues catching my breath now. It's not the first time it's happened in our "scent free building", but this time it's really getting to me.

In a previous place the woman across the hall got kind of messed up on drugs and sprayed an entire can of air freshener in her apartment and in the hallway. I ended up having to go to the ER that time, as my breathing was so bad from it. A friend went into my place and opened my windows and pointed my fan at the bedroom window to clear it out. Good thing it did not rain that day, as I was gone all night and the windows left open.

The worst thing about having this problem in your life is people not believing it's real, even though 32% of people have some kind of sensitivity to scented products, I just happen to be very badly affected. When you tell someone who decides to sit next to you in a cafe that their perfume is harming you, they tend to say, "you just don't like it." Seriously only once in my life has a person been kind and moved when I said something. Wait staff don't normally like when you move tables half was through a meal BTW.

I've been to cafe's that have it posted no scented products and the fuss that some people put up over wanting to expose everyone else to their scented toxin, is amazing. I thought they were going to have to call the cops once even at a coffee shop I used to frequent. The person kept screaming obscenities and going on about their "rights."

That's another thing people don't get, they don't actually have the right to enter a business, it's a privilege that can be revoked. Yes, there are reasons that have been made illegal to stop people coming in, but there is a great deal of reasons they can stop you from entering, and if you just push past, you are now breaking the law. A store or cafe is not public property at all.

Now the smell is dying down and being replaced by the smell of a wax melt. This person is full on trying to push the limits here, I think. I use a product that has almost no scent to tame down smells now and then, but it's not toxic to others and I almost never use it. Even the classic Febreze seem to affect some people strongly. You can look up how to make stuff like this however, it's mostly baking soda. You do have to vacuum it off after though.

In any event, it's not a great day, I need to do the laundry and that is a risk of being exposed to things that harm me as well. Not to mention I have hurt my back and it's going to full on suck to do the washing. Speaking of soap, I use a brand that is supposed to be non-toxic and made for people with sensitive skin and scent issues. It's also way less money for the soap, so I don't know who people use the hash stuff.