THINKING ABOUT ALL THEM YEARS OF TYPING

July 14, 2020
Dude I used to know; his Mom was a secretary at a local business for 35 years. She typed 30 wpm only. I am kind of sure they did not replace her because she was there so long. I love that the guy I knew thought that was fast. Most places now will not look at you unless you can do 80 wpm. I am not the best in the world and average 95 wpm. I have to say, I think I can do a good 15 wpm with a pencil in my mouth. Modern day tests you will NOT pass unless you can hit 60 wpm BTW. Think about it. On a side note I do not type the way they teach it at all, I have just been doing it since the mid 1980's.
On a side note, I spell worth a darn. I need the spell checker to have people understand what I am saying. On the computer this is great, but on the phone not so great as it can change it to a word that makes no sense at all. You have not one clue how many times I look later and am “what the hell was that”? Being when I type in Chrome it works fine, just not in predictive test auto-correct thing.
I will normally crack something out in Word before publishing it on my blog for example. I then dump it to note pad to get rid of the formatting data from word then close the pad and open it again the copy paste to Blogger. If you do not the strange way word does formatting can be a problem in Blogger and will bloat the post with needless crap that Microsoft puts in a document. Some people use Google docs instead and it works fine for simple things, but more complicated tasks are best left to a true word processor.
I have to say there are many programs out there for word processing and document forming, but when they tell you it will save in another programs format, most of the time this is for only simple things and not complicated formatting. There will be a lot of weirdness to fix on the other end after saving in a different programs format. The best thing to do is dump to a PDF and import the PDF to your native format with a converter. I got a nice one from Microsoft store for $0.99 and it converts about everything to everything. As with saving in a different format the convert thing has errors as well, thus me saving PDF then converting to their format. You can loose things still, but it works more than adequate most of the time.
BTW the most I have typed in one sitting is around 50,000 words. This was years ago on a 486 computer using a very old version of word that came with it. That was in the days when the native office did NOT expire on the computer after 90 days. Now when you get it, it is a trial at best then you need to pay to use it more.
There are several good free ones out there for personal use like “open office” that work just fine for formatting a document, but they don’t have 100% of the power Word or its competitors have. Saving them to PDF is sometimes a task in the free ones as well and last free one I had, I needed a “printer driver” to save as a PDF. It just printed it to a file instead of the printer. It worked and it was free, but it stamped a thing on the bottom unless you payed the $1 to remove the watermark.
Now if I crank out 1000 words in one sitting, I am doing good. My legs don’t like being in my chair for long and I have brain fog often and need to stop after each sentence and rethink what the hell I am doing, so the “fast typing” is lost with me. I go in spirits and not all at once like I used to be able to do. Oh well, getting old sucks.
Let me know if you like, how good you are at typing in the comments. I know a woman who types so fast she used to have problems in the old days with overloading the keyboard buffer. Now of course, modern computers are way faster, and this does not happen to her now. But it would mess her up as the flow of thought was broken and she would have to think for a while to get started again.
Speech to text is not the best thing yet as well. The one in Windows is a bit flaky, and DANG the one on my android phone is a mess. There are several words I use a lot for the life of me I cannot seem to spell, but the speech to text does not have one clue what I am saying. I must stop and google the word. Being it is a google app, you would think it would figure it out, but nope. I got no idea how iPhone is with speech to text, maybe someone can tell me if it’s any better. 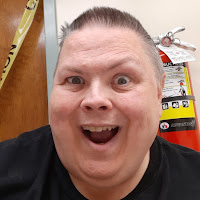