STOP CREATING ANGER AND SADNESS, IT ONLY HARMS YOU

July 04, 2020
It seems to be the way of most people in our society to want things they can't have and to resent people who have those things. I think this derives from being in such a consumerist society. We are programmed from birth to want things and the idea that these things will make us happy is always in our mind. The fact that it is rare for a thing to make us happy for long never pushes out the idea that we need to consume to be happy.
I've seen many people say "it's not fare they have something and I have nothing". All of the time they nothing part is not true. Most people in our society that are considered poor have at least some things to hold onto and a roof over their head. The idea that someone just as poor as you has a better home for example makes people think "why don't I have that".
Well everyone has a different situation. Some people live in an aria where social housing is in a nice place to live and others it's in a place that is crime ridden and not kept up. This is just the nature of reality and to resent someone else for having a better home only leaves you feeling bad. Personally I feel happy for those who can have life better than I can.
The one I find most common is when someone has the ability to be even mildly successful at something others who don't wish to put the effort into it, will resent them. These people think that there should be instant success and when they don't get it, the quit and feel malice for those who put in the effort. It does not help that there are people who just shoot to the top and there is literally no valid reason for it other than blind fate.
This is a visible thing on the internet as all things are amplified with the state of anonymity that exists from hiding from people behind a fake account. They resent not being you so they attack in the form of comments or dislikes. Most often they feel they should have more than one share of say in the matter and will create more than one account to express their discontent.
A great example is someone with 2100 subscribers on YouTube who constantly gets more than one dislike. The low number of subscribers and even lower number of views would indicate they should rarely get a dislike. Almost always they are doing nothing that should draw a dislike in the first place (family vlog for example).
It is a deep rooted form of mental illness to go out of your way to show dislike for things or people. A perfect example is a music video. You click on your favorite song and you notice that it has 2K dislikes. Most of them are people who went looking for a song they don't like just to click dislike. A rational mind avoids putting themselves in a situation where they are experiencing things that displease them unless the literally have to be in that situation. It's almost as bad was "stove is hot, I'm going to touch it for the 32nd time".
As well to feel bad that someone is going out of their way to dislike you is pointless. It's not anything you have done, it's 100% on the person who does not like you. Hatred of all manner is never rational. Yes there are people and groups that bring on disdain from their actions but almost always it's just someone deciding to dislike someone for an invalid reason. In the case mentioned it's because the person can do something they cannot do.
I can only imagine how sad life would be if every time someone had it better than me or could do something I would like to do but can't. I am disabled and most people can do things I can't do, to deny myself being happy over that is a trap into a never-ending situation of being unhappy. The more the person feels this dislike for no valid reason, the more they create a reason in their mind no matter how irrational and the more the feed the feeling that is causing them damage.
So I have to sum up with: Don't worry that others have it better, it will only damage you. Don't go out of your way to feel anger or sadness, it's a trap that only gets worse with time. Live your own life and strive to be happy with what you have and what you can do. Yes I realize some people are not able to be happy because of things like depression, I'm talking about most people who create the situation in their mind that makes them sad or angry.
Peace and Love be with you always. 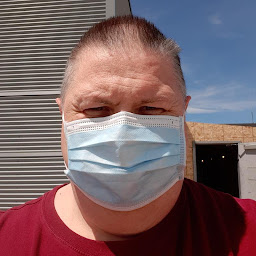