July 05, 2020
~ A guy walks into a bar and orders 6 shots of whiskey. The bartender asks "whats wrong" and the guys says "I found out my brother is gay and is marrying my best friend". The next day he comes in and orders 8 shots of whiskey. "Whats wrong?" the bartender asks. He says "I found out my son is gay. The next day he comes in and orders 10 shots of whiskey. "Doesn't anyone in your family like women"? the bartender asks. The man replies "apparently my wife does".
~ How does a gay guy fake an orgasm? he throws hot yogurt on your back.
~ "What do you call a gay milkman? A dairy queen.
~ A gay man goes to a Catholic Church for the first time. He sits in the isle. As the priest comes down with the incense, he taps the priest on the arm and says, “I love your dress, but your purse is on fire”.
I hope it does not offend anyone, literally all the LGBTQIA+ folks I know thought they where very funny. 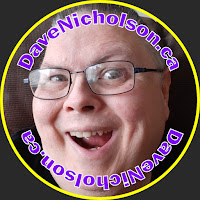