10 Movies That Should Not Work But Do 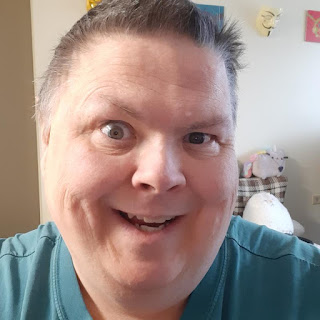 Watched a video of 10 movies that should not work but do. Well I have seen every last one of them so here they are with the IMDB links, the IMDB rating and my rating.
Primer (2004)
IMDB Rating 6.9 - My Rating: 8
As the video states this is slow and I'm sure a modern audience (young people) will click off after 10 minutes. But for those who like to sit and think while the movie is on, it's awesome.
Mandy (2018)
IMDB Rating 6.5 - My Rating: 7
All I need to say to make this worth watching is "demonic drug fueled bikers". The ultra-violent revenge is a bonus.
Donnie Darko (2001)
IMDB Rating 8.0 - My Rating: 9
When you are left thinking "is this a demon or magic or just his brain injury making him crazy", it just has the right feel to it all the way threw. On a side note, there is an urban legend of a bunny suit killer that is related to a photo that was supposedly "found film" and when developed there was the bunny suit man dragging the dead body of a woman.
Her (2013)
IMDB Rating 8.0 - My Rating: 5
Not much to say, it was passable but it if was a robot, this movie could have gone some place. however, I have a friend who had a desktop pet that was a woman who did adventure things on his PC screen when he was not using it, and he almost fell in love with the thing. Well, until he updated it and it ended up being a virus that destroyed all his data he never backed up.
Mad Max: Fury Road (2015)
IMDB Rating 8.1 - My Rating: 9
What can I say, all the mad max movies but Thunder Dome got at least an 8 from me and Thunder Dome got a 6. This is just not your fathers Mad Max. It's a divergence from the original time time and it is almost all nothing but flash and fast cars. For some reason it just turns my crank the right direction.
Altered States (1980)
IMDB Rating 6.9 - My Rating: 9
Well, I just freaking loved this. The cave them mention is not where they say it is, but there is one where you can get Ayahuasca and it's been there for generations now. I've never done this stuff, but I know people who have and they tell me it's like being face to face with God and a sudden knowledge of the entire universe. It works for me with a crazy blend of mystic knowledge and science gone wrong.
Naked Lunch (1991)
IMDB Rating 7.1 - My Rating: 10
Well this is as fucked up as it gets without doing strange sexual things to sheep while you skin them alive (where the fuck did that come from). I can't even tell you why, but to me this was one of the most enthralling movies I've ever seen.
Arrival (2016)
IMDB Rating 7.9 - My Rating: 5
It's just too slow. If it was a shorter film or hade more happening in it, I'd have rated it higher. For some reason there are people I know that place this movie in their top 25 of all time.
Inception (2010)
IMDB Rating 8.8 - My Rating: 6
It works although as the video states dream movies are often 100% terrible. There are not many movies that have a lot of dream time I'll give more than a 4 to. It was good but not spectacular. I think only because of how well it was made visually it works for me.
Being John Malkovich (1999)
IMDB Rating 7.7 - My Rating: 2
I kept saying out loud, "Why am I watching this". It did not at all work for me, but it was more entertaining that watching it snow.