The Slow Death of Adult Only Blogs 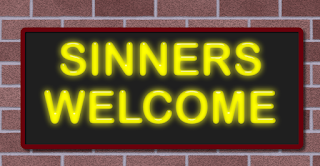 Well a number of sites have popped up to take the place of Tumblr after it decided to drop most of it's content and bad millions of blogs. I personally like BDSMLR - I used to have a naked blog on there but no longer do, I closed it and opened a new account to just follow things.

Yes I realize there is a need for family friendly sites, but they exist now. I'm posting on Blogger at this very second. There are tens of millions of family safe blogs on here. However if you want to post adult content, it's doable with a warning screen. I do however realize a 12 year old is not going to see "must be 18 or over to view" and just leave. The reality is, the content is all over the place and if they want to see it, they will.

The kink community on Tumblr was thriving and interacting a lot, then it was banned. But oh well, now it's scattered all over the internet and a lot of online connections are now lost.

Now it's time to stop complaining and say why this happened. Well the advertisers is what happened. There is a global movement for corporations to to become family friendly. Because of a handful of influential people who are still in the minority, they forced the issue and the companies changed policy for who they will advertise with, and this caused a lot of money to bleed out of the site - so they changed.

The addition of a dual system where people are required to mark content as adult so different advertising can be placed on it would have done the job. However because of a small number of people who would say "to hell with your children, FREE SPEACH" this does not happen. There would also have to be a reporting system and an algorithm to insure the adult contend be marked as such.

The idea of "proof of age" is not going to happen. To be honest, if people have to prove who they are and how old they are on a blog site, they won't do it. So that would never be a reality in the near future, it would have to be phased in and a lot of people would call this a loss of rights and/or freedom.

So now we have a wider market of blogging sites who still allow you to post for free and stamp ads on your content. These are not ads for fast food or a new car for the most part. In fact I'm rather sure I'll never want to click any of the ads no matter how tempting it is. I'm kind of sure most of these "games" that are advertised are not safe to put on my phone. I'm also sure that the "premium content sites" advertising on there are not safe to give payment information to, so I can have chats with a web cam girl.