The Good Out Balances The Bad 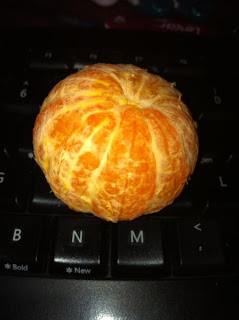 Don't you love people who just can NOT accept that you don't have the same view of the universe as they do? Well this will happen all too often on the internet. The kind of people who will attack you for not being a Christian for example or for supporting Gay marriage. The ones I love the best are the narrow minded people who attack you for believing in a God. I for example am a universalist and thus have some form of God in my life. This has made me the target of the small minded who think that no one should believe in God at all. I had one example on a video when I was talking about the universe as an intelligence that is beyond our comprehension and that we are part of that intelligence. This person was always a bit of a child in the way they chose to communicate, but they crossed the line with this video comment. Referring to me as needing to take my medication. This is of course a perfect example of a narrow view of how to think and the lack of understanding of diversity. Being I had enough of their child like interactions I blocked their ass. This is not enough of course. They had to follow me to the videos of others that I watch and support. They subscribed to them I can only guess in an attempt to use their video comments to further attack me. Being that you should expect this kind of thing on the internet, there is no shock value here at all. I do have to say that it does often get tedious when dealing with the mental midgets out there some times. On the other hand the vast rewards of interacting with like minded and intelligent people on a meaningful level far out ways the trolls. So we continue to trod along and do our videos and comment on those who we have grown to love like family. In the end, it's like a family gathering - some are twits you can't stand but most are people you love.

Speed tests are on the left. My shinny new A50 did the worst it seems. The PC was wired so it went blazing fast. The old S7 did darn good.

I got to say the installation was a nightmare. They want you to set it all you yourself and there is no documentation. There is a shinny app you can waste memory with or enter the IP to get it set up - either will work. If you want the app, use it from the start, don't try and use it after use used the browser to set up the gateway.

First off the lettering on the bottom of the modem is not friendly to my eyes. The other thing is, there is a vast amount of information on the bottom, so it was hard to pick out. Being the cable was too short to pick it up to eye level, I had to take a photo to see the password and so on. This was problematic as where I have it is low to the ground and I'm disabled and it hurt me a lot to squat down to do that. If I had thought of it - I'd have just written it all down when I took it out of the box but I didn…
Read more

IT'S A MASK NOT ELECTRONICS

Ordered the mask below on Amazon above you see what was under it. Kind of don't think this is an electronic device, but whatever.

They said in the ad "free overnight shipping" then it came up being a week until I get the thing. That's really not one day shipping. I just hope it fits better then the last "XL" mask that I need a string on the back to keep it from popping off my head.
Read more

CANCELED MY ORDER ON AMAZON

Day 5 and they only just started to process the order. I also have no idea if this fancy mask will fit on my head even. The last XL one I got did not fit well at all. So I got pissy and canceled the order. I'll just keep hand washing the old one every time I go out.To heck with it.
Read more

French Press Sent by a Friend

Had this on my Amazon Wish List along with 2 other items. Some person I will never know the name of got it for me and I'm very grateful. It makes amazing coffee and it seems to have a lot more kick to it than making it in the drip coffee maker. It also does a good job with loose leaf tea. The other thing sent was by a good friend and is a kettle. I boil the water in the kettle, pour it in and get great coffee in no time. It's also reduced the amount of coffee I drink by about half. I'm very glad two nice people sent me these things. I will enjoy them for a long time I hope.

FACEBOOK JAIL - AKA I WISH THERE WAS A BETTER PLATFORM

Facebook hit my twice for the same post. I got 30 days because for some stupid reason it thought I had posted the same thing twice when in reality it was just once. I got talking in messenger to a couple people about it and it seems they have been hit the same way, more than once for the same post. So much for commentary on the nature of cops who just keep doing racist things. Seems Facebook is the least likely place to be accepting about social commentary of any nature no matter what the topic is.To top it off, they just changed their terms of service to make it a lot more easy to remove your posts and send you to Facebook jail or even deactivate your account.I once got hit for a post that was 8 years old. All the sudden things they let you post in the long distant past are banned and the bots spank you for posting them. Who the hell remembers what they posted 8 years ago FFS?The best thing is, Facebook has no idea who so many people have up and said "fuck this" and closed t…
Read more