Health Issues AKA My Body Hates Me 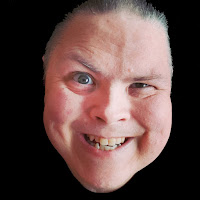 So Fibromyalgia flair time. My head hurts like hell, my joints hurt, my muscles ache and my skin is super sensitive to the touch.

That last one does not happen for me that often, but here it is. As well my testicles are in pain. That one is common for men who have Fibromyalgia.

I think it was triggered by my exposure to the laundry soap I mentioned in my previous blog. It started about 30 minutes after I started washing out the clothing again to get the soup out of them all the way.

To top it off I'm having a lot of pain in my bowels right now - this is another thing that happens to me from time to time.

Then there is the kidney that had a cyst on it - yup it hurts. It's not a great day to be me.

The skin thing is like when you get smacked and there is that sting - like that. It's not the burning sensation that came with the soap. It's bad enough that having clothing on bothers it and it's painful. Unfortunately, I can't stand up all day - so it hurts a lot when I sit down or lay in bed.

I talked about my PSA level being high and not hearing from the urologist. Well I got word today and it's Nov the 25th I go in to see him. It's almost a month away. So It's going to be MORE than a month till I find out what the hell is going on and if I have cancer or not. So I'll be worried the entire time.

BTW worrying makes the fibro worse and that mysterious pain in my balls that had the long name I can't remember is triggered by stress. So it's a toss up on weather my nuts hurt from the Firbo or from stress.

My kidney hurts like hell right now and is slowly getting worse. I hope I don't have to go in to the ER because I just can't afford to be doing that. I spent my emergency cab money on another appointment I had - so I don't got none.

If I do go in, 99.5% chance they say "yup cyst is acting up - go home" - so why even bother unless it's crippling pain or I hit the floor or piss blood or something.

That reminds me, I just got over a UTI and that sucked kind of a lot. Was peeing fire for days. Thank God the meds fixed it. This is TMI as hell, but you know what you don't want to do when you have a UTI? Ejaculate... DANG I thought I blew the end off and literally cried out in pain.

Anyways, I'm going to stand in the shower. Strange thing is, a warm shower helps the skin pain a little. You would think it would make it worse, but it doesn't.