HUMANITY AKA WE ARE GOING TO STUPID OURSELVES TO DEATH


It's very interesting to me that some of the people I have seen scream and rant that their child is being picked on for the politics of the parents, are also putting out all kinds of crap on social media about a child they don't agree with. To say the least this is hypocrisy and aberrant behaviour.

I have seen a great deal of people now posting on social media with the greatest depths of hate and venom for a child who spoke out on climate change. These are people who have no vested interest in the great deal of wealth generated by a small amount of people who want oil to keep flowing and don't care about anyone but themselves. Instead these are average people who baffling enough to me, will defend the interests of the rich and powerful because they are programmed by social media to follow a political camp mindlessly.

It is no less than the fall of human reason it's self. To think that there is an entire industry of people who want some how to destroy democracy by having a cleaner environment and switching to sustainable energy instead of oil that will eventually run out - that is, if it does not change the climate enough we can no longer live on this planet.

But to attack a child on a personal level because you do not agree with them is reprehensible to an extreme. I have to wonder if these same people literally beat their children or grenade them verbally to such an extent that it destroys them as a person. To think some of these people actually go nuts when it's their child being put down is astonishing to me. It shows an extremely low emotional age - if it's not happening to them it's acceptable and if it is, it's an atrocity.

Some of these mindless sociopaths actually condone violence against this child. Then again they are the same people who think it's acceptable to harm anyone who does not agree with them.

Tell me rationally where has the use of violence left us as a society? We are in a never ending war against an enemy we can't define or distinguish from innocents. We have used force so willingly on the people of the middle east all in the name of oil, that we have generated terrorism. Yes I just said that, we created it. The worst thing is, we also trained them how to do it and in the start armed them to fight our enemy - and now we are their enemy.

There is an growing segment of society driven my social media and TV media to hate people all in the name of profit. For the love of money by those who control the media, we have allowed ourselves to become polarized and violent. We have allowed them to use us as tools to make more money. The more angry people get they more they will consume the stories that fuel hatred and the more money a very small amount of people will have.

The worst part of this is, if one side does destroy the other, then they will be further divided into small camps to fight each other for the gain of the few. Not to mention the few will be protected behind walls and personal security. They have little chance of being effected by this.

All we have now is fear of everyone who is not in our camp. We see them as trying to destroy our way of life and take from us. The reality that we allow the rich and powerful to take from us willingly is somehow lost in the fear that some poor person coming to our land is going to harm us and take over.

The fall of humanity in my mind will be a toss up between war caused by stupid people being angry and the environment changing to a point we can no longer live on this planet. I expect that however humanity ends it's own existence it will be because of bling following and absolute stupidity.

One last note. I've seen people quote the evidence that the climate is changing gathered by many scientists as evidence that it is not changing. It is literally like looking at a burning house and claiming it's fine just because you want it to be. I have literally lost my hope for humanity to get over conflict and survive in the long term. 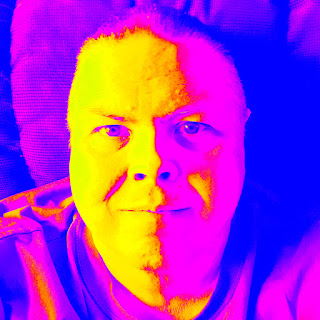