MY UNHEALTHY LIFE AKA IT'S NOT BEEN FUN THIS LAST WHILE

It’s not been a good health month to say the least. I’ve been in constant pain for weeks. I’ve had the poops many times in the last couple weeks. Two days ago I was not able to breath and went to the ER. They found nothing wrong with me and sent me home with no explanation why early that morning I was gasping for air when I walked 5 feet.

It’s nothing new to find that they don’t know what the hell is wrong with you here however. I talked to my friend on the way home and she echoed my thoughts when she said “no they never know what is wrong”. If I had $100 for every time someone I know went to our ER and they sent them home without treatment or knowing what the hell is wrong with them, I could buy a new car.

But back to my health. Yesterday was blood-work time for the heart doctor that I see next week. The day after that I’m back to the same building in the middle of nowhere to see the surgeon.

I’ve had heart issues since they did an EKG on me and asked me “when did you have a heart attack”? Well I had no idea I ever had one. It’s so comforting to know I could have another one and not know it’s happening. Sigh. The heart doctor put me on Entresto and I have been a lot better since (besides the other day). I can walk several blocks or walk in the park with no issues. Before if I went to the end of my block I’d be gasping for air.

The surgeon is over an incisional hernia. It started out several years ago as a little one. I got up in the morning in terrible pain and ended up passing out in the kitchen. Well they operated on me the same day and I was in hospital for a couple days.

So I was in uncontrolled pain when I was trying to dress myself and literally on the verge of passing out the entire time. By the time my friend took me home I was almost screwed.

In the early hours I ended up in the ER with my friend getting my bladder drained as it was not working right from the anesthetic. The night after that I was back with terrible pain in my bowels. I was plugged up like a rock from the pain meds that did nothing for me. They had to fix that and well it was spectacular how much poop came out of me.

To skip back to now, I have Fibromyalgia and it has been giving me a lot of pain the last few weeks. It’s also made me itchy from head to toe for many days now. Along with it comes cluster headaches that about cripple me. The pain is not the worst I have had and I can still go out and do what I need to do, but it’s keeping me awake all night and the lack of sleep is getting to me.

Yes this will end sooner or later, but for now it’s rather hellish to be in. Still I am happy as I ever was. The last couple years I’ve not allowed the pain to get me down emotionally. A positive attitude no matter what helps a lot. My friends in town and online keep me happy and listen to me when I need to talk. We keep each other happy and sane.

Anyways I am off to shower for the day and get onto my plans for this afternoon. It’s hours away, but mite as well get it done now instead of rushing later. So I’m off and will leave you to spot the several grammatical errors I have made in this post. Good day and keep smiling. 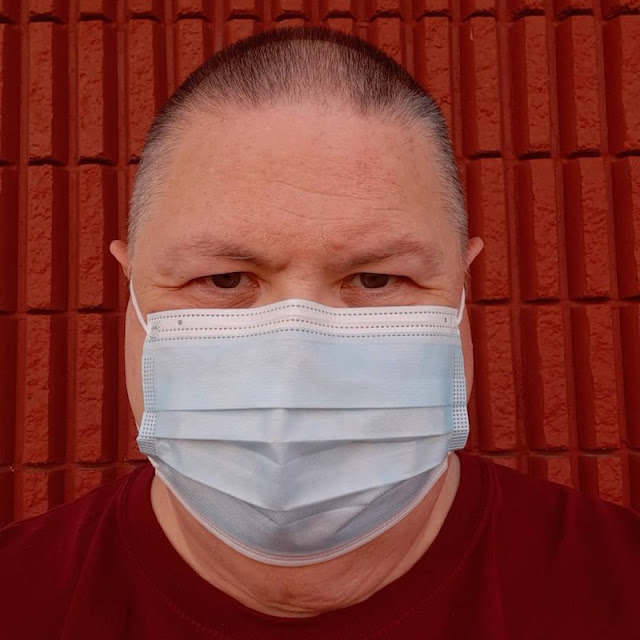