Remembering Those Magical Days at the Drive-In

I don't have a photo I can use but I can link you to one HERE. Long ago at a place in town called The Golden West Drive-In, there was this merry-go-round that had a pump on either side. Two kids could sit on both pumps, then with hands and feet, you would make it go around very fast. It's amazing no one got hurt in the day. There was also swings and a slide, but honestly I never saw anyone use them. The only think people used was the marry-go-round. There was always two features playing at the drive in, and between then, the lights came on and the kids would play on this death machine LOL. There was also a place to get popcorn or other snacks and soft drinks.

The thing that killed the new one was not lack of business, it was the cops to be honest. They would show up literally every knight and sine a light in the cars and blind us, looking for teens drinking. To be honest, it's exactly why I stopped going. I was not paying good money to be harassed by the cops ever single time. It's why all my friends stopped going as well. It in effect killed the place.

I also remember being let in free many times as I know they guy at the gate and the guy that ran the projector. After I'd hang out with who I was with in the concession stand, and wait for my friend to rewind the movie. Then we would eat some popcorn and I'd let my dog run around and sniff.

One time as the dog was sniffing, none of us had known there was a teen girl in the bathroom. We had locked the doors already as the other staff had left. The dog went in under the stall door looking for a friendly greeting and instead got a good loud scream, followed by her saying aren't you cute. We had a brief talk before she went out the door.

Those where great times, but long gone now. I honestly miss going there. The dusk to dawn triple features where the best. The sun would literally be pocking up as the place let out. Often we went to Rodo's on the North Service Road as it was open twenty four hours. A pizza split between us, and the terrible coffee, went down well.

I'd often have to do things around the house for my parents or work after, so it was a long - no sleep, kind of day. But as young people, we where invincible and could do anything. Long gone are those days, but that is how it goes. Today I don't even own a car, it's too expensive. I can take cabs for much less money for the few times I need to go places and can't get a ride. Anyways, I will probably always long for those way more magical days. Even that great place to hand out all night is gone now. It's sister location on South Hill is still going, but not as good. Well it's time for a morning coffee and a Halloween movie on the TV. 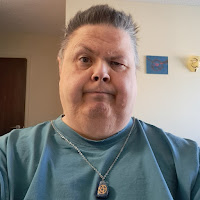