Two Scams and Some Spam 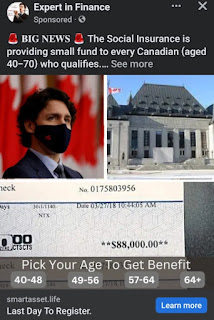 What can I say, the government is literally not doing this, and if you click it, you will be faced with the need to insert your financial information, and promptly have your bank account drained. The reason these just keep popping us is two fold, first Facebook sucks badly at stopping scams and will let anyone advertise without checking it first, second people are falling for it all the time. You are just not going to be handed out up to $88,000 from the government. Hell they doubled the GST rebate for 6 months and it caused a hissy fit from the opposition. Can you imagine if they literally just tossed out many billions to people. Just think people, just think first. 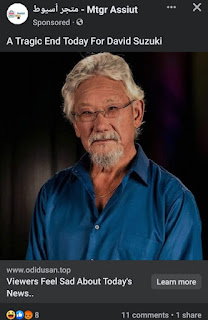 And AGAIN with this shit. This has been popping up every month for over a year now. It will be posted as an ad from a bunch of shinny new accounts on Facebook. Again, all you need to do to scam the shit out of people is to give Facebook money and instantly your scam ad pointing to a fake news site that will infect the people dumb enough to click will be a hit. The comments are always interesting on these. The man is an activist for climate change, you get the nut jobs that think there is no possibility the climate is changing because of our stupidity, and no matter how much evidence there is, they deny it - calling him literally a terrorist. Then you get people who probably clicked saying how sad it is. Sigh. Google people, he comes up as alive (at the time of this post). It's literally amazing that these get shared as well, it's like hay friends here, have a virus. 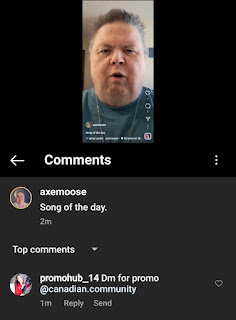