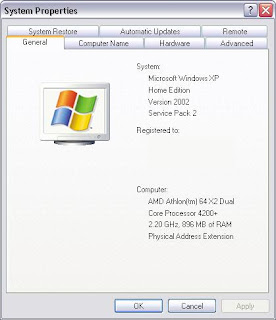 Well I got an old XP box from a friend until I can get a reconditioned PC in the fall. It's slow and has a very limited amount of memory and storage, but it works. The only thing is it won't run PaintShop Pro X8 or X9 so I have X7.04 installed and it's very basic but my fancy plugins seem to be working on it at least. Office 360 won't install on it so I have to use the online version of it, as I am doing at this exact moment.

Speaking of won't work. The IE8 that is on XP literally does not function on the internet, so I had to get creative. See the phone won't allow me to install either Fire Fox of Chrome directly as it defaults to the download page for Android. So, I had to select old version of Fire Fox and the pick on that was old enough to work on XP. Then with FF installed on the PC I went and got Chrome. It nags me when I start it that XP support is no longer available, so I have to close the notification every start up.

There also seems to be some strange ass thing with Twitter not wanting to keep logged in for the life of it. Sigh but that is how it goes. At least I have a working browser.

I got my fractal program to work and Bryce 7.1 Pro to work. But then again Bryce was designed to work on XP and there has never been an updated version of it after 7.1 Pro. I also have my puzzle game installed and dumped all my music and photos and art archives on the hard drive. So, I am all set to use it.

It will do until I can get a newer one and can use my up-to-date toys on it. In any event I will get by, it's free and good enough. I am just grateful to at least have this to use.