Strange That... AKA Blocked! 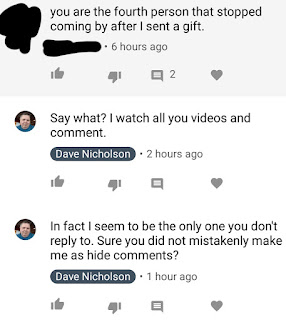 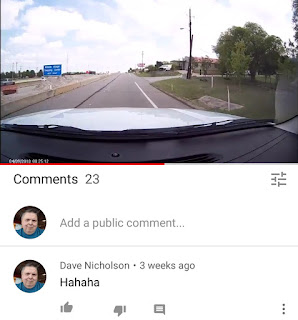 So got the above comment on a vlog. To put it in perspective the person sent me something 9 years ago. I've seen all of her videos and commented on all of them and liked them. So to get this made me wonder why they thought I was no longer doing so.

I went back and looked at several videos. I was the only one not replied to. So I switched to my tag channel and went and looked. Sure enough the comments did not show up, so I've been blocked. You see when you are blocked now the comments are hidden but still there and not one person sees them but the person who is blocked.

I tried to explain on her one video with my tag channel and they did not understand. So I just unsubscribed and walked away. I don't have time for people who block me then wonder why I'm not commenting.

I was nice and gave them a chance to fix it but sure enough they don't get it. So off I go to watch people who haven't blicked me LOL. I wish them well, but I can't get them to understand.