AN DRUG ADDICT, AN ANGRY PERSON, AND A LIAR 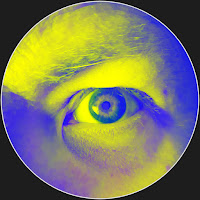 I'm reminded of a thing that happened a while back. There was 2 people directly involved and 1 person on the fringe. I don't talk to any of them anymore and in the case of the first 2 it's of good reason. I've mentioned it before, but this is my blog and I'll freaking repeat myself if I want.

There was this one day I ended up being given some pain meds from a doctor in the ER. I'd literally never seen this doctor before in my life to that point in time. I was out of my mind in pain at the time I was in there. I had not filled the prescription as it was too late to do so when I got home. The next day was a holiday and the drug store I went to was closed. So I had to wait another day. And like always, by that time I did not actually need the drugs, the pain was at a level I could ignore it (I live with pain every day and you get used to ignoring it).

Well I posted on Facebook about it on the 2nd day (day after the trip to the ER). This woman (a "close friend" to a then friend) asked me who the doctor was and what the pills where. Well I'd not filled it and I had not one clue what the scrip actually said. Furthermore, I had forgotten the name of the doctor. I'm very bad with names you see.

Well she kept pushing then got all pissed off and hit the cap locks for attack. Said I just don't want to help a person with chronic pain out and so on. Then I started to realize something. There was a pattern that was evident and I had missed it because I don't often see the worst in people until it's too late (like this case).

It all clicked into place for me finally. She had been to every doctor who would see her in my city and another city. Not one of them would give her pain medication. To be fare it can be difficult to get pain medication, but if you don't flag the system as she did, you get referred to a specialist who deals with pain management - they do more than just drugs I'm told. She had never been given even a single weeks worth of pain meds (that should have clued me in).

The other thing was, she wanted a specific pain medication. That again should have clued me in. Normally people don't ask for drugs by name, it's not normal and a flag to the system they are a drug abuser. Yes that's what dawned on me finally.

There was also the matter of her being given a years supply of Cannabis oil. This was a month and a half ago. It was already gone and she was looking for narcotics again. Big red flag that I missed. Sigh.

Well her "very close friend" went the fuck off on me for blocking her saying I should know what the system is like and how they ignore chronic pain and on and on. It was actually a very large comment on my post. I'm talking over 50 lines.

This person I had known for many years. Decades actually. I had been nothing but good to him and been there for him when he was down many times. The thing was, if it was just this one time I'd have tried to talk him down and continued to be friends. It was in fact a pattern of abusive behavior to not only me but a lot of people.

He was always talking about how he wanted to do physical harm to co-workers for example. I'd seen how quick he was to get into a physical conflict as well.

The best part of this is I know with great certainty he would not get what he wanted from this woman. It was a thing with him. He fell for women who would use him for things and then ignore the hell out of his needs. I'd seen it many times. This was just the same.

So I dropped both of them from my life. I'm not going to help someone abuse drugs, I'm just not going to ever do that. I'm also not going to put up with being attacked over something that should be obvious.

It gets better. I know multiple people who had dealings with this woman and every last one of them had the same impression that I did - she was a drug abuser. She was one who justified her desire to get high of pain meds with an "illness".

Well I happen to know someone who actually has the illness she talked about and what she had said about the testing not working because it had been too long after infection, was simply bullshit. The woman I know with it was diagnosed after positive testing over a decade after infection.

I looked into it. The false positive in first round testing is way more common that false negative and if you have not been infected for over a year, the test most of the times does not work. The second round is more expensive and takes longer, but had a close to 100% accuracy rate. This was all learned from a credible source, not some look-up site, but an actual medical education facility.

As for their other friend, I am kind of sure he blocked me on FB long before this happened. I'd gotten tired of his constant lies and bullshit and the fact he was constantly trying to look like he knew things he obviously did not know. I'd called him on it several times - so I got blocked. So yeah - but he seems to fall for her bullshit as well. That's the interesting part. Not one other person I know falls for it, just these two.

I should have know she was a drug seeker. My brother was the same and I saw it in him. For some reason I fell for her story and felt for her until it became more than a little obvious.

So why after quite some time did I recall all this nonsense? Well I posted a photo in a group on Facebook. The third person was tagged in it and it showed up as plain text not a link. So I looked him up and I could not find his profile - evidently I was blocked LOL. I don't know if it was me calling him on his lies or this shit with what's her name that did it. All I know is there is literally no loss. I'd never interacted with him more than a handful of times in the last 20 years.

As for the "close friend", he is a right piece of work. Not only is he constantly pissed off by every small thing that happens in life, he takes shit from his work place and then some. It was a long time coming that I parted ways with him.

The stupid part for me was I let him back in the loop for a few months and he went bat-shit crazy again. I should have known it was going to happen and it was over some small thing that literally no sane person would have given attention.

Anyways, that's a little bit of drama for you. I'm sure we have all been in this spot - well anyone my age anyways. The real stupid thing is, I still feel sorry for all three of them. I don't like to see people isolate themselves or destroy themselves. The folly of that is, I did a perfectly good joy of destroying my own body and my own life. But I'm a soft hearted person.

One last note. As to the "you know what it's like". I do know that it takes a LOT for a chronically ill person to be listened to him my city. However I do know the city she used to be in, it's easy to get listened to by a doctor. As for pain meds - no doctor in Canada in his/her right mind will give you an endless supply of narcotics. Just not going to happen - the shit is toxic. When I've needed it, I've always got a week or two of them. The bitch of it is, for some reason they seem not to work for my anymore - I need dangerous levels of them to do anything - so I don't even ask for them. Last time they gave me some without me asking, it did nothing... Oh well.