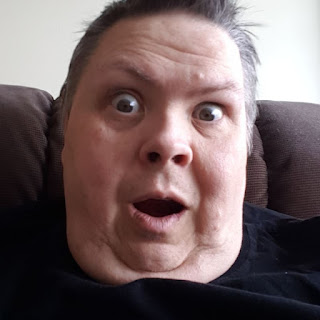 So over on twitter, it's been recommending I follow a certain person for days now. I finally had it and hit the little X to make the recommend go away. LOL. The fact of the matter is, I would not follow this person if she was the only other human alive on the internet.

See some time ago she subbed me on YouTube and starter to comment on every single video the same inane comments that are keyed to get you to sub back to them - you know nothing more than spam really. "Great upload". "I subbed you, come check me out". And so on - nothing that ever had anything to do with the content of the video.

Well after a month of not bothering to comment back to the obvious "give me attention" comments, they stopped. I did not go looking or anything to see if she had unsubbed be evidently she did and then some.

See I was told several weeks later that she made a video ranting about me. She went on how I treated her very badly and had "made her cry". Going on to say "I supported him 100% for almost a year". The reality is she did not last an entire month and with literally no reply to her comments - I have to wonder how I made her cry. That is other than I did not sub her drama/makeup channel and stroke her ego.

So a quick look at her content showed me that she seems to think that she is being stocked by a large amount of people and that the world is generally out to get her. Most of the vlogs are her naming names of people who have "attacker her".

I was bored that day so I spent time looking up these people and trying to find the so called attack videos. Then I got talking on FB Messenger to someone about her and to that persons way of seeing it this woman is crazy as hell and looks to find drama in everything and if it does not exist she will make it up.

This is what I mean when I say I collect crazy people online. I know... There are kind of a lot of crazy people who don't work and spend all day every day online looking for reasons to prove they are nuts - but I seem to get more than my share of them.

The thing is, you can't get away from it - not at all. There is no possibility you can be on an open web site and not attract some crazy person. The internet is like %10 or %15 crazy people and they seem to spend every waking moment of their lives online looking to be pissed off at something.

Most of these people have an unreasonable view of others they chose not to like. They see everything they do as some kind of offence to them personally.

Then there is the 5% of people online who are just dicks. Again they seem to not have a job or any form of social life, just an internet connection and the desire to prove they are not useful as a human.

That being said the vast majority of people online are blindly indifferent to the fate of others and don't care. But there are some you can cluster up with who will care about you and share with you in a very positive manner.

Remember no matter what the crazy morons tell you - it is not your fault they are being an ass-hat to you. It's their choice and their mental illness driving what they do and say. Don't take it as your fault ever. Hold onto the good people and just let the rest be part of the background noise.