AND OF SEXUALITY - A PERSONAL CHOICE TO SAY NO 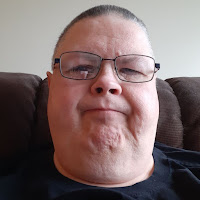 Many years ago (over 10) I decided I would not have sex with anyone ever again. This does not exclude doing the job myself however. But I will for the rest of my life be single by choice and never have any kind of sexual contact with another person.

I am rather sure that most people do not know the weight of the word vow. But this is exactly what I’m taking about. I took a vow to give up sex and coupling of any kind. I do realize how stupid and extreme this sounds. But for me it’s the exact right thing to do.

You see, I’m hypersexual so this is a difficult task to say the least. The fact that I’m pansexual as well does not help the fact. Added into the mix I’m attracted to a very wide range of body types. This all ads up to this being rather difficult in the start.

However, cut to a decade later and it’s rather easy for me to be alone in more ways than one. This does not exclude friends of course. I have many friends that are far closer to me than family. They are of both sexes and to me they have replaces the family that has turned their backs on me.

For a very long time I used sex and kink as a drug to escape reality and be someone other than myself. This was getting to the point I was losing site of who I was. It had to end before I came to disaster. So I swore I would never have another life partner or have sex with anyone ever again.

It has come to the point I no longer miss the feeling of being with someone. Instead I use fantasy and self-release to solve the problem of having a very strong sex drive. For me it works very well and has solved all the problems that came with my past life.

As for coupling up, to be honest I kept attracting people who where out of their minds and for some reason I did not realize it until they where close to me or even living with me. Hell, one of them was stocking me for 2 years after I broke it off before she found another person. The last person was just someone who I had sex with then watched a move and played cards or something. It was as far from a life partner as you get and still have sex with them. But even that had issues as I was using sex as a drug.

So not I still have some vices, but I can take them or leave them. For example, I like to drink until I can hardly stand up. However, I can say no to it for months on end and be just as happy. Sex on the other hand was all I wanted in the day. It was consuming my life and it was who I was. Now I’m the real me once again.

So, for the rest of my life it’s in my own hands to release the tension. No more will I take on a life partner or randomly hook up.

P.S. This has literally nothing to do with religion at all.