A Few Words on Religion 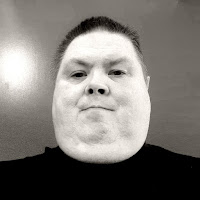 To be honest, most religions (but not all) think they are the only path to heaven. Also the idea of hell is not actually represented in some religions, instead you get a crappy next life or you just stop existing. Most religions look at other forms of worship and think "that's crazy". It's why I like pagans best, the vast majority of pagan worship has you believing that there is no one path to God and we can all set our own way of facing God and in some respects, our own rituals. There is also a concept I like a lot that says there is as many faces to the same one God as there are people, and some people see many faces of the same God and worship the different elements in a different ways. But to say it again, most religions think theirs is the only way and they refuse to see it differently. I honor everyone's path to God is it does no harm to others. If it does harm, they are not following God, but their own ego and using the concept of God as a sword. Many who yell you must believe, don't truly believe, but are using religion as a tool for personal gain or a sense of power over others.