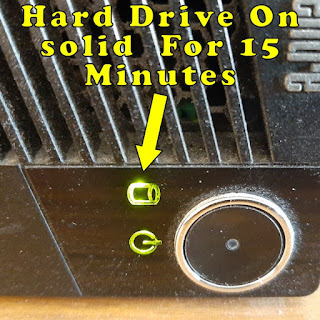 So I have an older PC and it's reconditioned. It has a 1TB hard drive in it. I can't afford to toss in an SSD, as it would be about as much to order one as I paid for the entire system. So this is a pain in the butt every time I turn on my PC.

The hard drive is going solid for 10 to 15 minutes literally every time I turn it on. I've got not one clue what the living hell it's doing either.

Hell I've run deep scans with the virus scanner and nothing is showing up. It can't possibly be defragging the hard drive literally every day. This started to happen after the last really big update to windows 10. Before that it would chew on the drive doing it's thing for 3 or 4 minutes after the desktop was up. Now it's a minimum of 10 minutes and it's NOT showing the process that is doing this.

I want to get a new PC and I'll be going with Dell on credit. I can't afford a new PC any other way and I an tired of paying $300 or so for a thing like I have now. I need more memory and an actual graphics card for what I'm doing with it. I keep running this one out of memory and it can't be expanded past 8GB. I also want an M.2 boot drive and a 1TB storage drive in the new one.

I am hoping that in November or December there will be a sale and I'll order one. Right now I'm just too behind with money to do so. I have to wait until February is over to get rid of my cable TV and save the money from that. That will save a good $50 a month minimum from what I'm paying now. This will almost pay for the PC I want every month.

But for now, I have to do other things while this old PC spends a great deal of time booting up to a point where it can be used without stalling.