FINISHED ALL THE PUZZLES THAT CAME WITH JIGSAWS GALORE

Just did the last four puzzles in the free batch from Jigsaws Galore and they where harder than the usual, it's why I saved them for last. I think the program is well worth the money he is asking for it. I've had hours and hours of fun out of it over the years I've owned it. I've had it on 4 PC's now and now I have gotten into the habit of backing up the puzzles with the save files in a zip, so if I need to reinstall, I will have the ones I played still solved. Well here is a screen shot of the last four after being solved. 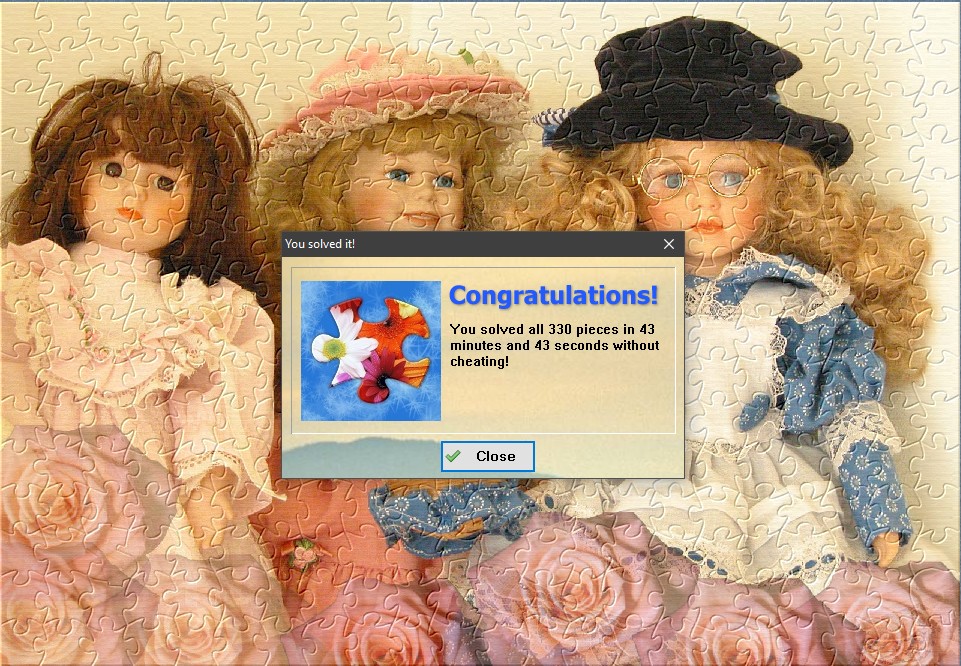 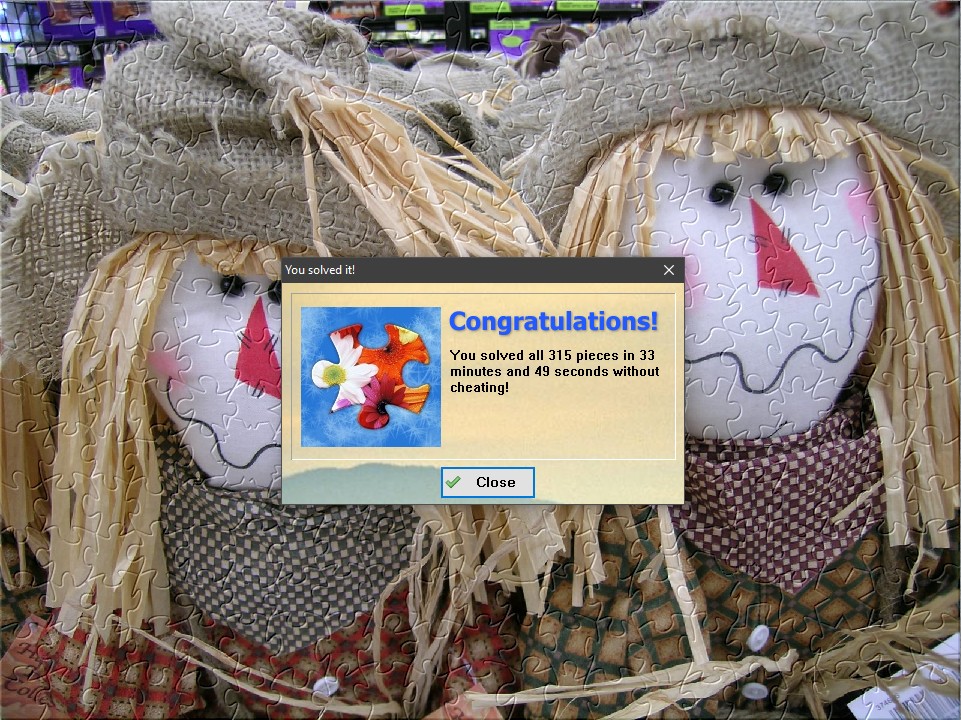 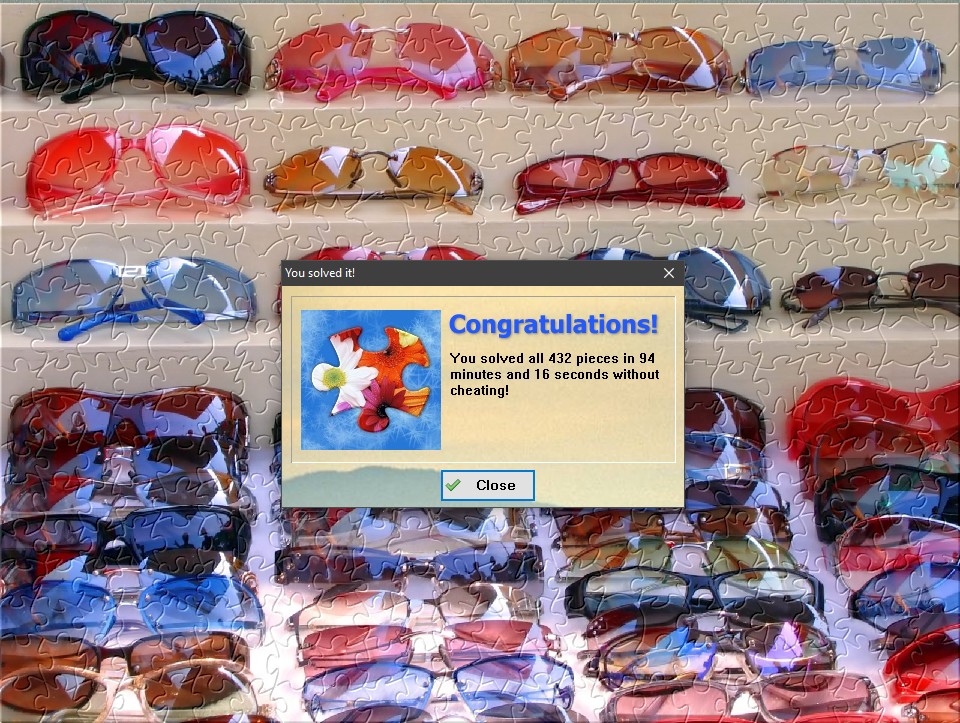 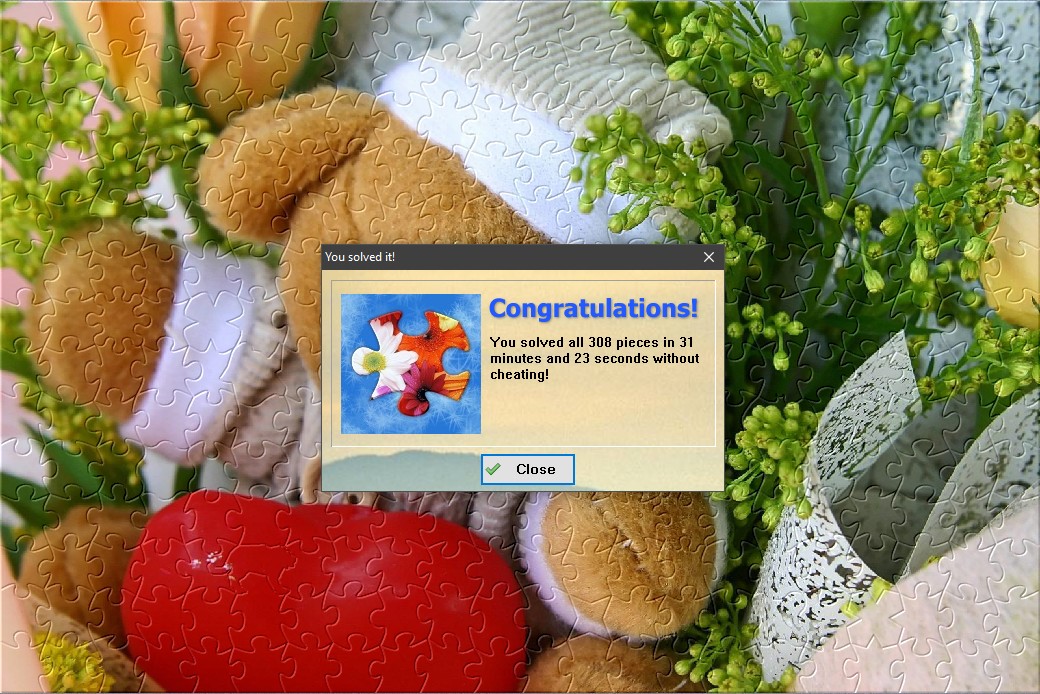