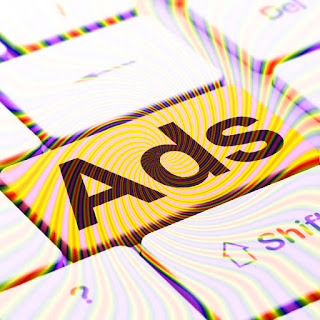 Internet advertising. It's all over the place and you can't really escape it all the way. Even with adblockers some of it gets threw. The thing is a lot of sites don't actually care if the adverts are safe or a scam or whatever. They just want the ad revenue.

I have seen several on Facebook this last while that are obvious scams for example. One was a device that they said was destroying the cable companies. They literally said because of this device and the inability for cable companies to litigate them out of existence, they cable companies are filing for bankruptcy. The photo on the picture was a tiny device in the fingers of someones hand with micro LEDs on it. Now I did not click this crap as I am 100% curtain it's a scam. At best it will be yet another streaming device like an Android box or the like. See these have been around for quite some time now and I notice the cable companies are still here and still making record profits.

Yet another one claimed to be a backup device for "all your photos and videos". Now I did click this one as the link scanner did not say it was bad - just to see what it is about. On the page they say you "boot" the stick in the USB port and it backs up an unlimited amount of photos and video to the device. So say you have 1.5 TB of video and 70,000 photos. I am sure this thumb drive is not going to have the capacity to copy all that onto it's self. I know people who literally have 5TB of video on their 8TB HD. So being the largest thumb drive on the planet is 2TB and is wildly expensive in comparison, how is this thing backing that up? The other thing is, when you boot from it your anti-virus won't stop it from infecting you with a virus. I am wondering how many people pick this thing up then use it only to have it fail to backup the stuff and then weeks later the bank account is empty?

There are literally hundreds of "cleaning sticks" out there and I am tired to telling people not to buy one of these things as most of them are a scam and literally do nothing more than empty your temp folder. Some of them are not safe at all, as they require you to boot from the stick. As above, this is never a great option. Yes there are actually a couple of them out there that do the job well and will clean off almost any virus you can imagine. But the thing is people want the one that is $18 not the one that is $85 so they just go with a random chance of infection.

I have seen ads claim that you have a virus and you need to install their program to clean it off. Well there is literally no way an advert knows you have a virus, so right there it's horse hockey. The other thing is, this is one hell of a risk and almost everyone I know that has fallen for it has been infected with adware that is almost impossible to clean off the drive. Two people where infected with ransom ware and that was it for their PC. They did not want to take the laptops to the shop and pay $150 or more to have it removed so we just did a USB stick fresh install of windows 10. Well of course both of them had literally never backed anything up and years worth of photos and video's of the family and pets are now gone. But they saved the expense of the shop cleaning it and just got me some beer instead.

Some adverts themselves are actually a risk for infection, this is why a click trap is never a good idea to click. It's not hard to pass code threw an ad on a web page. Even the local news site got hit with this one and several people got infected from it (not to worry they all cleaned it off at home as it was not a bad infection). But it was the ad on their front page that was doing it. You see revenue from ad companies that literally don't care who advertises with them is a big risk. They changed the ad company to Google and all is well now. But the average click trap is 60% advert and 40% actual content (most of the time fake content). They also tend to break the fake news into several sections you have to keep clicking more for and you are re-exposed to a fresh set of ads each time.

Now here is the new trend I have been noticing. It's fake pages on social media who are "reviewing products". These are literally all from the same company or they have only the one review. Most of these literally sound like someone trying to show their friends how good a deal they got and in reality they are paid to do this. They use all kinds of hype to try and get you to share the post and then it's all over the place.

BTW you can actually get a virus that will lock you out of your Facebook and post on your Facebook trying to infect others. I have seen countless times where someone has clicked a link and it has auto posted to their page some nonsense about see how many people have viewed your profile and some absurd number of daily views. Almost all of these are competition ware. That is to say they are trying to outdo the rest of their hacker friends in the number of hits they can get before they get shut down. But some of them are an infection waiting to happen or an attempt to take over your page to spam the crap out of your friends.

All in all I have Adblock Plus installed on the PC and literally never click these news things I see unless I know the URL it's coming from. There are very few I will click. An antivirus with a link scanner is also a great idea. Yes Macs can be infected as well - so think before you click.