AND OF AN ADDICT 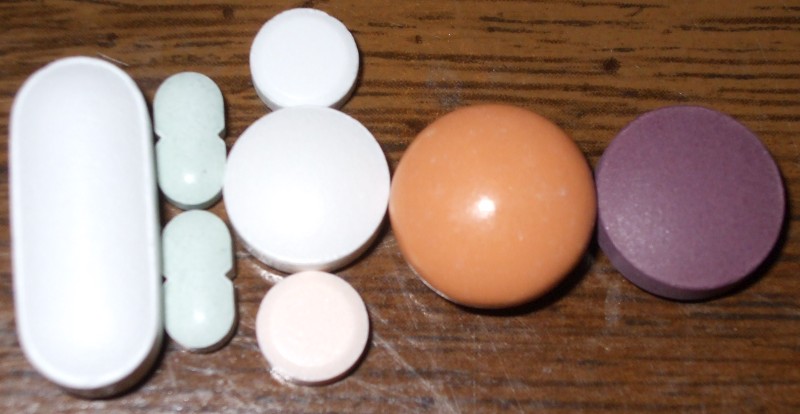 I more than likely said I'm done talking about this, but it came to light again... So.

So there is a person I know and many other people I know, know her as well. We also know something about her that one of the group is actively ignoring despite a lot of evidence.

She, she is a drug seeker. This is a person who justifies their addiction with the "medical need for it".

The other thing is she claims to have a medical condition that can't be tested for because - "it's out of my blood and into my muscles". The thing is, a quick look at actual medical information about it will tell you that it CAN'T be found in a test for a while - up to 2 years. So that it's been too long is bull shit. The actual medical information tells you there is a marker in the blood that can be found in the test.

The test only has a false negative BEFORE the marker show up in the blood. So the longer you have it the more likely it is to be found in the test. Also there is a chance of false positive and a more expensive and complicated blood test is then employed with a near 100% accuracy rate.

There have been cases where you can have this disease for 30 years and test positive right away with a simple blood test.

Yes in a few cases it actually can't be cured. But this is rare. Also people with this  disease are very disabled by it and can spend weeks suffering from it so bad they can't do anything at all. It is impossible for some people with it to live on their own because of this.

The thing is most (almost all) can be cured within a year with the standard treatment. Most a lot sooner than that.

I do actually know several people with the disease. They are very disabled by it and there is no way in hell they walk 5 miles.

The other interesting thing about her case is she wants a specific medication (strong pain med). She has asked almost all in my group if they know about a doctor who will give it out.

Now lets talk about the time she was donated a years worth of cannabis oil. A month later it was all gone. This was an actual strong dosage that even I would have been confined to the sofa after taking and she consumed it at 12 times the normal rate. To be that resistant to it to still be able to funtion at that dosage says something in it's self.

There was also a few people she asked about a lawyer who could make the doctors give her medication. I've never even heard of this happening.

See most doctors who are not sure and if you insist will send you to the specialist and that doctor will find out what med if any is right for you. But she wants a specific medication.

So how it came up is it was mentioned by a person who knows someone in our circle that out and said she was an addict. Does seem to be the case.

I also have been told she has been given spare pain meds on more than a few occasions by people she knows. Also that the rate of consumption was astonishing.

Yet the one person still wants actively to believe everything she says to be true and that we are all mean people. There seems to always be an enabler in the mix with a drug seeker. Well almost always.

My brother on the other hand was one to stay alone in his apartment for weeks on end getting high. He had literally no friends and almost never called me on the phone.

My brother being the reason I know the pattern to look for. Unfortunately for this woman, so do doctors. Almost always when you want a specific pill, they think twice. There are a lot of "tells" in cases like this and she has them all.

I don't want to hate her and I don't. I also don't wish to hate my ex-friend who sided with her over the rest of us, and I don't. They are both to be pitied as they will both never actually be happy in life. Yes there will be moments of joy - even the most lowly has that. But to be happy and secure in the people around you... They will never have that.

I understand addiction. I was a sex addict for 20 years. I am still addicted to food. I know others who have addictions. I can in fact spot the patterns.

Things like they are always talking about being ripped off by someone so they need money. If this keeps happening they are either the most unlucky person alive or a user. And it keeps happening.

They tend to move a lot and well, she does. The list goes on and on. I'll stop here though.

It's funny, if she was not mentioned today I'd not even have thought about her. Now I feel sorry for her. Addiction is a terrible curse. It is a sickness that makes you use up friends and family to feed it. It also kills you in the end a lot of the time. Sigh.

I just hope she can change - it killed my brother. Peace.