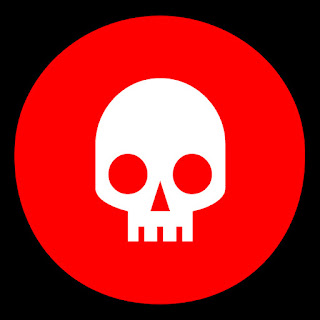 So I was watching a show on executions in Texas. They do seem to put a lot of people to death down there to say the least. That's not what I want to talk about though.

So this guy was out on death row at age 19. The time he committed the murder, he was driving a car with 2 other teens. They where going around robbing people at gunpoint.

They got pulled over by an off duty cop after one of them tossed something out the window and it struck the windshield of the cops SUV. The cop then tracked them down and went over and said he was a cop.

At this time he reached for his back pocket to get his police ID out of his pocket. The kid then shot him in the forehead and later the cop died.

So yeah - the kids excuse was obvious that he thought the man was reaching for a gun. I'm kind of sure many people would have thought the same thing. So I can see his point.

The thing is, he was up to no good that night in the first place and maybe he was too quick with his gun. I don't know I was not there.

But here we go. The kid is being interviewed (now a man actually). He comes out with "I've served God all my days". Well, where you serving God when you where robbing people at gunpoint? Was this a planned church activity? I think not.

The other thing is it became obvious that he does not have the smallest bit of respect for authority. He mocked the system and the guards. Tell me this is a person who is honest when he says "I serve God".

The community he came from is 100% behind him and held a prayer vigil and actually fasted to get God to grant him a stay. Well he got the stay, but it was not God - it was the supreme court.

I have no idea how it went with the supreme court as it ended at that time - with him not being executed that day. But I have to say this is a man who does not care about others and will manipulate anyone who will listen to get what he wants. I'm willing to be it worked often in his life as well.

Sure the cop should have realized he should have his ID out right away. Reaching behind you like that is not a great plan. But I'm kind of sure that the kid would have shot him anyway. His attitude toward the system and the guards was apparent. This is not a good and caring member of society.

All this being said, I have issue with killing people for the sake of "justice". There is a great deal of evidence that is has never in the history of man stopped anyone from killing someone in cold blood. Heck even when it was a time that death did not come swift and easy - people still murdered each other. If the thought of a torturous death is not going to stop them, neither is the though of a painless death.

The other thing is, if the person has remorse, it is far worse to let them live than to kill them. To spend the rest of their days in jail thinking about what they did wrong is way worse punishment to me mind. To be honest, I would much rather be executed in a few years than spend 30 or 40 years thinking about it.

Even if they have no remorse, prison is not a nice place for those who can't seem in interact with others in an amenable manner. A killer is not a kind of person on average that goes along with the flow. So to spend the rest of your days in such a place is worse than death.

There is left the matter of "justice". Almost all the people interviewed after witnessing the execution of the person who killed their loved one had the same thing to say, "it was too easy, I would have liked him to suffer".

The thing with revenge is, it does not make you feel better most of the time. Most people will still be just as angry after the person dies. They will take the anger to their own grave with them - it does not end. When you want revenge - you will never be satisfied. Only when you grant forgiveness in your heart and mind, will you feel a weight lift from your mind.

This is not at all to say people should walk away free after they killed someone just because they are sorry. I think here in Canada where most people will serve no longer than 25 years, it is not justice. Their punishment should last the rest of their life.

Maybe I feel the need to make them suffer. Maybe I want society not to have the kind of people who will kill rather than try to solve an issue, walking around. I honestly don't know. I just know I want them to be in prison for life.

To see just how many people have spent 15 or 20 or 25 years in jail only to be found innocent makes me pause. In Canada we stopped executing people because we hung a young man who was found to be innocent after his death. You can't make reparations to a dead person for your mistake.

To say it is justified that a few get killed that do not deserve it is literally the same thinking in my mind as someone who would kill a random person to get what they want.

Then again there is very little in the line of justice in our society to start with. We place people in a prison where they at best learn to be more violent and how to get away with things better. At worst it's just punishment for the sake of punishment. We very rarely rehabilitate anyone.

Anyways - just thought I'd put this out there.