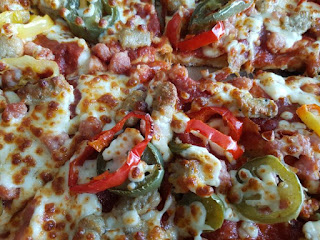 So day one was a 5 topping large pizza - kind of says it all being this is enough calories for a family of 4 for an entire day. 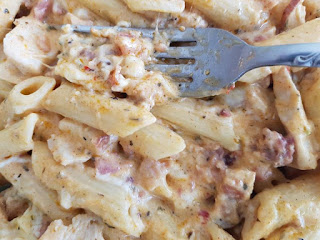 This is pasta (about 6 servings of it on day 2) with cheese sauce, bacon and hot peppers in it. There was cream in the sauce. The cream did me wrong the next day all day as normal when I eat rich foods. 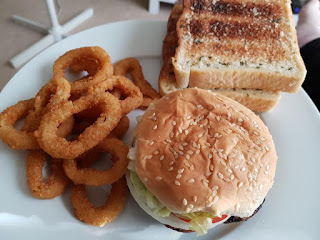 Day 3 was a veggie burger from BK. At 390 calories it's not the worst thing to eat from BK. Some of their burgers are almost 2000 after all. The onion rings is a small amount so not terrible, but not the best thing for me. The garlic toast was left over from the pasta as I was too full to eat it. The burger was very tasty and was NOT off, but I got sick from it and the tummy ache lasted till noon the next day. There is a great deal of foods I can't tolerate anymore, so it's not the fault of BK and I do recommend you try the burger. 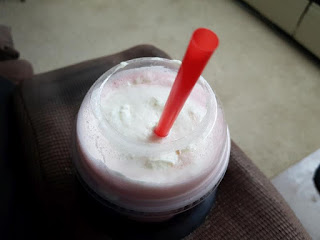 This was also on day 3, a medium strawberry milkshake - this is more calories than the rest of the meal. It was also once again too rich for me and my insides did not like it - that was yesterday and all day today I've had bathroom issues. I'm not sure if the poops came from the shake or the fact my bowl issues are acting up - so it's a toss up.

In any event, I was bad and I expect that on Thursday I'll be up some - maybe even 5 or 6 up. If by chance I am the same or lower I'll actually be shocked at it. I have been struggling for some time now with this food binging thing. Being I really can't afford it and I should be saving the money I spent on all this just in case I need a cab ride some place - it also silly. But there it is and it's done - no use crying over spilled milkshake as it where.