AND ABOUT LAND LINE PHONES IN THE DAY 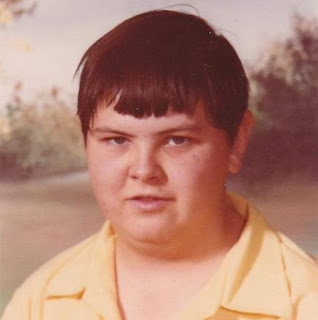 I got a LOT of calls over a 3 month span for a "Mr. Orange". The person had used my phone number all over town and even with his bank. Being it was several places he gave the same number to, I'm assuming it was not a mistake. I finally got the creditors to stop calling, but it was a task to do so.

This person had given my phone number out to Safeway to get a points card (before they used airmiles). They had given it to Co-op as well (I got a call asking if I was related as 2 accounts had the same phone number). There was a couple of businesses that called over the 3 month span looking for the person. And 3 months of constant creditors calling 4 times a freaking day.

I honestly lost my shit on them one day and told them "for the last fucking time, there is no one here by that name". I may have said "If I ever find him, I'll do him away for you" - but I don't remember clearly. I did however tell them "I'm calling the cops and filing a harassment charge".

I did actually call the cops BTW and filed a complaint and had an order to stop calling me placed on the company. This took time and effort I did not want to spend on something like this of course.

But that is how it is I guess. I also had a number of strange people calling at 3 am looking for "ken". But that stopped when I said, "Oh he died".

I'm kind of sure Mr. Orange was not a real person BTW. But we won't go there - as banks never give credit to people with fake ID now do they.

There was also the matter of my Moms phone number and "Helen". Someone would call exactly 2 pm every day looking for "Helen". Well this seemed to be a very old lady doing it who was messing up the phone number. Found out that a business was run by "Helen" and was 1 number off from Moms.

Also there was the matter of how many times on my Parents land line I would go to phone a friend only to have no dial tone on the phone and say "Hello" and have the person on the other end be the one I wanted to call.

See in the day, the phone did not ring on both ends at the same time. The person calling heard it ring, then you heard it ring. So this could happen. The fact that it happened over 20 times to me in 1 year was actually amazing. That is was ALWAYS the person I wanted to call, was out of this world odds.

This is why I will never win the lotto - I've used up all my luck on stupid things like that.

Now for the terrible thing we did. My friend wanted me to phone his sister up and tell him he had be murdered. Well I was like 12 at the time and did not know how damaging this could be to someone, so I did it. I regret doing it to this day.

His sister lost her mind over this. I felt so bad. He got grounded for a month over it and I got yelled at over it. It was not at all funny but being 12 year old boys, we figured a lot of STUPID shit we did was funny.

Then there was the time my brother got hold of a phone number that was out of country long distance and phoned it. It was a 2 or 3 minute call and my folks where "who the hell made a call to Germany". I still to this day have no idea where he got the number - he had it on a slip of paper.

Anyways now if I actually spend 15 minutes a month on the phone I'm lucky - but I do manage to send 200 to 300 texts a month and I have no idea how many instant messages on messenger. But almost no phone calls. 60% of my calls are to a doctor or from a doctor. 20% are to the pharmacy or from the pharmacy. The other 20% are seeing if a place is open on a certain day at a certain time. Give or take...