I'M IN ITCHY BURNING HELL AND DON'T KNOW WHY 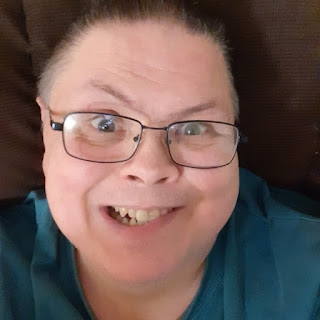 You see I have a great deal of problems with chemicals and there are very few cleaning products I can use for example. There is also exactly one deodorant I can use without it bothering my skin.

So yeah, I got no idea what it is. At first I thought it was the stuff I ordered, but I've been exposed to it for 20 hours already with no issues and just now have a big problem with something. So I seriously doubt it's the Fabreze or the body wash. Both things I've used for years with no issue.

Two apartments back I was hit so hard I had to call 911. I was literally unable to breath properly and was in a hell of a lot of trouble by the time the EMT's got there. I had to get a shot in the ER to get me to breath right again.

When I returned to the apartment many hours later there was still something lingering but it was not trying to kill me by then. I found out the lady across the hall had an indecent with a can of spray cleaner and it had ruptured. This may have been what did it.

I've many times got some new kind of soap or body wash or shampoo and it's caused me a great deal of problems. Hell I've literally had burns on my skin after the one deodorant I tried.

I say allergic reaction and it's not true, it's a sensitivity, but people know what allergic is - so I use the term. It feels the same after all.

There have been many times over the years I've had to leave a cafe because someone sat near me drenched in scented stuff and I had to leave or stop breathing.

There are a couple people I know who are much worse. They have to wear a mask when they go to the store or they will be on the floor. They do not go out to eat as they can't risk it.

About 30% of people have issues with scented products and all kinds of cleaning products. Yet we still sell things that cause the problems. It's amazing to be what a bit of money will do. Companies just don't care about our health and even lives, as long as they get a profit from the stuff they sell.

In any event, try to be kind to others and not put on scented stuff or use harsh cleaners. I do realize that a LOT of people think you just don't like it when you complain about it bothering you. This needs to change as well. 30% of people is not a small number.

One last one. I got in some laundry soap that was supposed to be for sensitive skin and allergy free. Will folding the wash, I started to have my skin burn. I had to wash the clothing 5 times with no soap to get it out enough to not cause me issues. It took several more washes to get the slight burning sensation to go away. Just because it says it's safe or others say it is, does not mean it is for everyone.