I WAS REPORTED FOR SITTING IN HIS SPOT 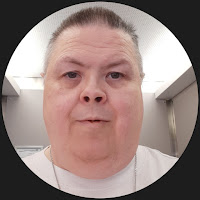 So there is this fellow in my building. He has the idea that people are taking his photo from their windows when he's outside. Not one clue why, but that's just paranoid.

Yesterday I was sitting in the spot I like by the door waiting for a ride. He also likes this spot. He reported me for sitting in his spot. He grabbed some paper and wrote I was doing it on purpose - or so someone else at the table he was using at the time tells me. It will be Monday by the time anyone reads it from the drop box - but I'm kind of sure it's not a violation of any kind to sit in a public spot.

He seems to dislike a few people for no valid reasons. He has not even talked to any of the people he dislikes - so what the qualifications are to not like someone is, who knows. Seems to also only talk to women most of the time. There are very few men he likes.

The few times I've encountered him while he was talking to people it was all about complaining about this or that. I sat for 40 minutes waiting for my ride one day on the bench by the door (not his precious spot), and the entire time he was on about something that happened to him before I was even born.

I just get a bad vibe off this guy. I think he has something very wrong with his brain. After all how would you even know someone was "taking your photo out the window"? Second of all why would anyone ever want to do that? Third did he look at all the windows of the building to see if someone had a camera? Just strange.

BTW most of the time he sits in his spot he seems to be watching and listening to the people who sit at the tables and talk and play cards. His focus will be on them intently. Has to be easy to amuse or I'm missing something, one or the other.

The report thing is 2nd hand of course and all I know is I saw him stuff it in the box in a huff. I tell you there are some odd ducks in this pond - I know because I'm strange AF.