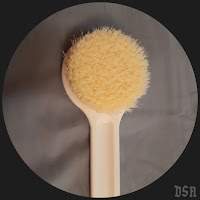 OK how to say this without being too graphic? I'll try. Needless to say this is a mature topic.

Back story is the size of my man bit is well in the average range so there should not be an issue but I had a hangup about it as a young guy. I found out later this is actually more common, way more so than it should be, and mostly unfounded.

Well anyways it let to a fantasy in my late teen years and early 20's. I'd say it started at 18 and I stopped thinking about it around 30.

So it goes like this. I am put on trial for the size of it. There are a group of women in their 50's in the jury box. I'm on the stand and the judge (also a 50 something woman) finds me guilty of having a small member.

At this time these 2 tall women that looked like Grace Jones grab me and rip off my clothing. I'm tied to a bench and all 12 members of the jury take turns with paddle.

I do actually realize how fucked up this one is, but dang it was my go to in the day I'm telling you, even after I got over the feelings on inadequacy.