We Need To Rethink The Practice of Circumcision 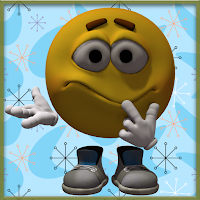 The topic of circumcision came up on Facebook then I moved it to Twitter and what I thought was some crazy person posted a poster saying it caused brain trauma. To anyone I hang out with this will sound foolish at best if not outright crazy. So I went ahead and looked it up on credible web sites including Psychology Today. Turns out it's true and I have to apologize to these people now. They where correct.

Turns out extreme pain during the first few years of life literally changes the brain. The boy will for the rest of his life be more affected by the pain response. Thus yes, it damages the brain for life. Other things that have been linked to the damage by actual credible studies include anxiety, anger, altered need for attention, lowered ability to love others. The list goes on.

So is it worth it to do this damage to the way the boy thinks and sees the world? I like the people yesterday I called radicals, I do not think it's worth it and it's causing harm.

For me I've literally always felt victimized by having it done. This started in my early school years when in the change room of the gym, I saw a classmate who was not cut. I asked my parents about it and form that moment I had a lasting impression that I had been forced into something I did not desire to happen and that I had no control over my own body.

To be honest in all reality it seems we started doing it for religious reasons more than clinical ones. It just moved to the cloak of medical necessity over the decades. But the last while I've noticed a growing movement toward people not wanting their child to have this done. I think it's time we reconsidered the practice.

Looking at statistics from modern countries where the practice is rare, it seems it's not a great health risk until you hit your 70's. There seems to be a lack of strong evidence that we should actually be cutting baby boys.

Personally I do NOT wish it to happen. I find it a violation of human rights. This is not OK to alter the body of a child to fir your mold. If we cut the labia off girls and called it health reasons people would lose their minds as we know that is not so. Yet because we grew up with the medical profession telling us this is needed, we believe it. We should deeply question what "needed" is.

Maybe it's time that we allowed the male to chose at a later date if he gets cut. It's obvious this is not as needed as we where told. Yes there can be medical issues in the future that can cause it to have to be removed, but that should not cause us to damage in a permanent manner a boy shortly after birth. It's not right to do on so many levels.

We DO need to stop doing this now.