4 PERSONAL UPDATES IN ONE 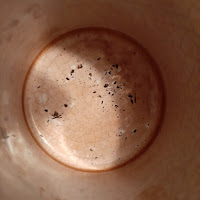 Well on the health front, I had a massive flair last night and had to set my renders to batch render then went to bed for a few hours then came shut down the PC. I'm still hurting this morning, but not nearly as bad. Still it's got to be a 5 for pain. I'm not in fear of passing out however.

On the computer front, the Warranty people got back to me on the ram failing. They just mailed a check for the $217 I paid for the computer. I guess it's less to them to do this than to have it fixed. I'm really not going to pay $80 to get ram for it as well, as it may not be the ram, it can be the bus, it can the the slots, it can even be the motherboard. So, come summer and GST time I think I'll replace it with a slightly better reconditioned system. For $217 I'm not getting the same, as the price has gone up. Being I'm very behind on the credit card I literally can't anyway. I can deal with it freezing until then I guess.

On the money front, it looks like I'll get $405 back when I file my taxes even though I did not pay any income tax. How you say? Well there is a rebate for Carbon tax that I will qualify for. It should get me out of the hole on the card and help pay for a months worth of food and a few other things. April is GST rebate month so more extra money then. Come July it will be GST rebate again and I'll get the PC replaced.

On the health front part 2. I'll be seeing a surgeon about the hernia (the same one) and see what he has to say. I realize there is a high rate of failure for these "fixes" with people my size. I will have to tell him the pain meds I had last time did literally nothing for me at all. I'll also be telling him I want to be in the hospital overnight as I was not able to pee after and it's not easy to get someone to stay and check on me overnight the first day. I ended up in the ER 3 times after the last one - 2 times in the first 24 hours. So a stay overnight is in order I think.