A BOOZE APP MESSED UP MY CREDIT CARD ACCOUNT 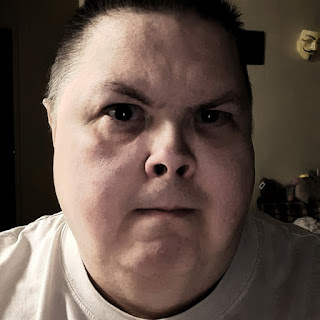 Ya know, sometimes it's just a bitch to do something that should be simple.

So I ordered a 4 pack of specialty beer from an app that is linked to a liquor store in town. Well the first 2 choices did not work as they where out of it and the app freaked out and I ended up having to enter my credit card info again after. They refunded the order price and I had to select again until I found something actually in stock.

Here's the deal. I also recently ordered next months groceries and so on. I planed on being over limit on the credit card a bit and set a payment to to cover the overage on Monday.

Well I just checked the card and there is $38 more of an overage than there should be and the 2 other transactions are still there until they scroll off I guess. So it's messed it all up and I'm going to be automatically sent a letter in the mail bitching about going over my limit.

This would not have happened if the DANG app had the inventory right and did not show a bunch of stuff they did not have in stock.

Here's the other thing - I break out the calculator and the overage they claim I have is different than what it all adds up to. This is typical of them for some reason. There seems to always be a few bucks difference plus or minus from what it should be until the transaction processed. It's the same freaking number so this should not happen. How the same numbers add up different after processing I'll never know.

So I'm hoping it scrolls off before I get payed and have to pay off the card, so I know how much I actually owe them. Sigh.

The other thing is, until November of 2020 I could not go over my card limit and now I can go $100 over it for some reason. They don't tack on interest until the 11th of the next month if you don't pay it off, so I don't know why they nag me when I use this feature. If you are going to let people do it, fuck off and shut up when they do.

I'd honestly like to raise my limit from $500 to $600 (I know you are amazed at how little credit I get), but this is not possible. They will only raise it to $1000 and the fact that I can get it set to $1000 does not make me want to do that. There is too much there that I could get into problems with if I had that much credit.

A friend of mine managed to get $4600 in debt on his one card while not working. How the hell they gave him so much credit I'll never know. But yeah, hell never pay it off. I told him he should declarer bankruptcy, but for some stupid reason he refuses to do that. It's not like hell ever be able to work again and it's not like all the sudden the money fairy will show up.

But now that I have the groceries in for next month and extra toilet paper, I have $100 I can use on something else come pay day. That something else is going to be a new fan for my bedroom, mine is 12 years old and making a sound it should not make, so I want to replace it before it dies. I literally have an extremely hard time sleeping without the fan blowing on me. I found one on Amazon that is well rated and has good reviews for $62. That's well within my limit and it's an upgrade from the fan I have now.

Well in any event, I'll also have about $65 extra next month to play with. I sure as heck won't be using it on that app LOL. I may get a bottle of vodka but I'm not sure. I want to NOT eat processed crap next month at all. This month I have eaten a lot of processed crap and my weight shows it. So it's all going to work out, I'll just be nagged for going over when I should not be nagged for it.