GAVE MY BRAIN A WORKOUT KIND OF 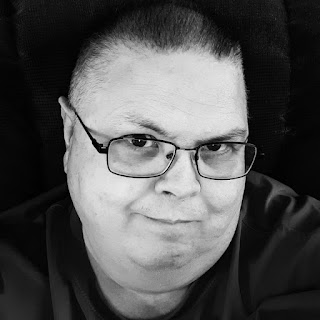 I just did a Mandlbulb 3D render that took 3 hours. The first hour I laid in bed and played a game on my tablet. For the last 2 hours I put jigsaw puzzles together on the PC. I got up ever 25 minutes and walked around for 5 minutes. In the 2 hours I managed to put 4 500 piece puzzles together. This is rather about my average. Normally a 500 piece takes me about 50 minutes each.

It's strange how this works. I'm tired as hell physically and my brain is going 100 mph. This is when I tend to be able to do the puzzles well. As for talking forget it, but I am able to express written well enough in this state.

I remember being locked up for being crazy and in the common room there was a puzzle. I just sat there and started to put it together until it was finished. I then realized people where watching me do it. The nurse told me "I've never seen anyone do a puzzle so fast". I smiled and said "It's how my brain works".

I've seen competitions where people do Jigsaws to see who does them first. I would not make the first round, so although I tend to be above the norm, It's by far not world class. As for other kinds of puzzles I tend to be slightly above the norm as well, but not remarkable.

I used to have a friend who like me was mentally ill - he was able to do any puzzle you gave him extremely fast. It was amazing to watch. Like a Rubix Cube in 20 seconds the first time he did one. Then he read a book on how to solve them and it was more like 8 to 10 seconds. There was no puzzle he could not solve.

To be honest I'd like to trade the ability to be good at jigsaws for the ability to play the guitar. However, I tried for 2 years to learn the violin as a child and there was no doing it. My brain is just not wired for this kind of thing.

Same goes for writhing fiction, I suck like a vortex at it. I'm adequate at poetry for some reason but it's not a special talent. This being said in grade 5 I won an award for the best story in the city for my age group. I'm putting that down to a fluke.

Then there is math - I seem to be average with it, but I have lost confidence in my math skills and feel a deep need to use the calculator on my phone. As for the stuff in school - it's basically all gone from decades of not using it.

But most people are good at at least one thing.