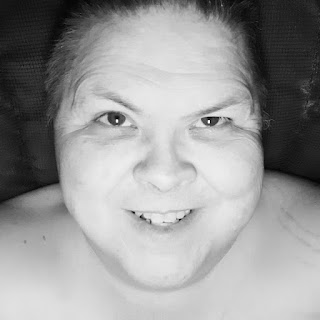 I have had trouble sleeping since I was 10, and I'm now 54. Most of my life it was just not being able to sleep. Now it's also pain from my fibromyalgia, or itching from it.

Also to freak me out I had turned off my phone and charged it. I held the button and the phone was not coming on, so I freaked out. I soon realized that I was pushing the volume up button in my brain fog and when I held the power button it came on. There is the other thing, brain fog. For me I know things but I literally don't know the words to use when speaking, or I just can't concentrate for more than 20 seconds.

In any event FUCK fibromyalgia, it sucks. Also FUCK insomnia, it sucks. When you add them both into the mix, you get me tired as hell, covered in itchy and feeling like my genitals are on fire. Oh and I'm dizzy as hell and starting to get a headache. You see the lack of sleep makes the fibro worse. Sigh. Oh well, I have a roof over my head, food to eat and the internet - at least there is that to be thankful for.

P.S. on a side note, I for some reason have been having very strong orgasms for about a decade now. It became twice as good when I went on Entresto for my heart. Seriously, after one I could not tell you my name for about 2 minutes. Might actually be what kills me, but what a way to go.