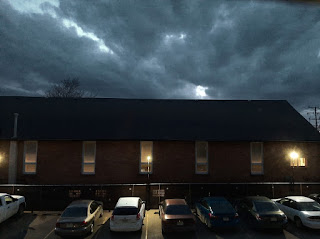 This came out kind of cool. I took a photo with my phone out the window the other night just before dark. Rather dramatic looking sky and I was expecting it to not come out. It was the third try. The first two blurred.
I been wanting to get a shot of the moon for months, just not going to happen. It's been either cloudy or not in the right place for months. I'm so not going out after dark with a $500 camera in my hands in the aria of the city. 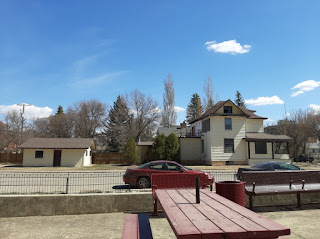 This is a rather rare sunny day. It has been clouding up at night when the moon would be in the right place to take a photo of it.
Below is Peacock High School. Well, the sky above it. I saw the play Annie there several years ago and it was awesome, the teens put on a great show. 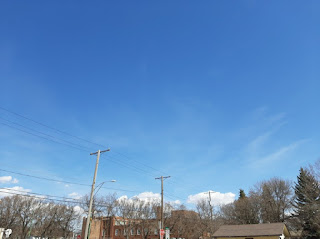