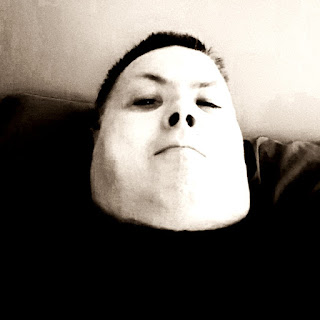 Well I'm about to run out of my antidepressant and I'm not liking the idea. See this happened to me years ago for literally the same reason - the pharmacist could not get any in.

For the life of me I can't remember what the last stuff I was on was called, but holly crap on a stick did it suck for some time. I mean I thought I was literally going to fecking die.

Seems this stuff sucks to come off of, but won't be that "please God just let me die" kind of withdrawal. It's still going to suck though from what I was reading.

Seems my doctor did not get back to the pharmacy on this either. I'm hoping he will do this tomorrow and get me on something else. I run out of this stuff in 4 days - so kind of want him to rush it.

I've had depression and anxiety most of my life. It started when I was 10 and it's rather hellish bad if I'm not medicated. I've been off several times in the past and every time it was the same - I crashed like a stone falling. So kind of want something else to replace it like quick. 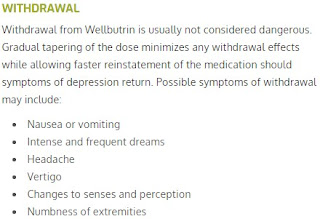 I'm also hoping I don't have to do in and see my doctor as I don't know how I'm getting there. The thing is, he might actually no about nothing when it comes to this kind of med - so yeah... If I end up having to be referred to someone, this will suck as I'll be in the middle of crashing when it happens.

This is the thing I hate about meds like this - they suck to get off of, so changing them is at best a personal kind of hell.

At least it's not my Risperidone, as going off that would be like "oh look it's Jesus in the hall, lets talk to him for a while". So could be worse. Speaking of that, the first anti-crazy med I was on about killed me as I was reacting to it and the doctor did not seem to realize I needed to NOT BE TAKING IT, instead she upped the dosage and off to the ward I went - oh, and the ER. Sigh. It's like they send all the bad doctors to Moose Jaw for some reason.

I've had issues in the past with my GP not actually wanting to do things like, oh I don't know, take care of my medical conditions... So... I have trust issues.