FAN GATE AKA YOU HEAR MY FAN AT NIGHT? 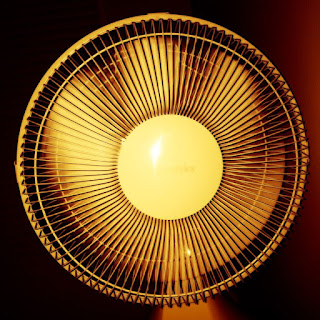 Ya know this is a very old building, it went up in the early 1970's. In that day they did not seem to worry about sound insulation. So all these old buildings you have to put up with the people next door watching TV or talking on the phone as you can hear them. To be honest, you can only just hear them though.

I was just told a few hours ago by a person that the lady living next to me has been complaining that she can hear me snoring at night and (get this one) my fan running.

Yes I sleep with a fan on, I have since I was little and it helps me sleep. Trust me it's almost impossible to sleep with no fan on for me.

Here is the kicker, her bed squeaks and ever time she turns over I hear it. Don't think any time soon I'll be complaining to people that it's keeping me up at night LOL. She also has this loose headboard that taps against the wall when she rolls over or gets in and out of bed.

You know what I think about hearing that stuff and her rather loud TV? I don't honestly. I just tune it out as background sounds. I'm used to living in not so well put together buildings. I've done it for a very long time now. I can put up with a lot actually, and have.

When you live in an apartment you have a bunch of other people living their lives around you. You deal with it. There is no point driving yourself crazy because there is a slight bit of sound coming from the people around you. To be honest, the sound of the cars in the street is louder than my fan. The thing is though, this is something she can focus on as an excuse to be unhappy about life.

Honestly, she has people tending to her needs. She almost never leaves the apartment. Someone will go get her things at the store she needs and so on. This is not a paid service, it's a person who tends to her needs for free. This is often the case with chronic complainers - they sit there using people and well, bitch about everything in life.

I used to at one point complain a great deal about how sad my existence was and how everyone had it better and so on. Then one day I realized how fecking lucky I actually am. Most of the world does not have it as good as I do. So I said to myself "stop bitching and be happy". It took a couple of years to adjust the thinking but I did it. That being said, I was no where near as unhappy as most of these kind of people.

Now we come to the time where I say something I've said 1000 times already, "I attract crazy people". I really do. There seems to always be some kind of crazy people focused on my or someone I know to the point of madness. It makes me wonder why sometimes, but this is life.

Long time readers or viewers of my vlogs can remember I had a lady next door to me in the last place who complained that she could hear my typing on the computer "all night long". She called the building manager one time. When he told me about it it was a laugh, as he knew I was out of the province for 4 days at the time. That being said, I'm sure if you where looking to hear something - you would have heard me typing. The walls there where even more thin that they are here after all.

The point here is, I'm poor and I can't move to a better place that will have "better people" in it. I'm stuck in a place where I have people around me who are mostly not to well off mentally or physically or both. I always have been since I moved out of home and always will be unless I win the lotto or something.