I'M SICK - NO ONE GETS COMEDY - AND NO ONE LISTENS ANYMORE 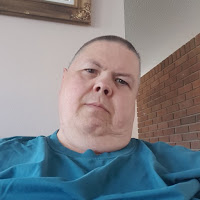 I'm feeling sick as hell. It feels like the flu, but not certain. I had some leftover chicken from the fridge last night and now I'm thinking it's killed me. Very acidic burping going on. Feel like I'm on the edge of puking all the time. Tummy cramps from hell. Exploding very burning poop quite often. Yup whatever happened, it's done me wrong.

So there is a bunch of news outlets reporting about the law suit against red bull. The reality is, it's about the fact that it does not actually give you any energy. BUT the media wants you to click and will give you a headline that has little to nothing to do with the article. So I did a comedy rant (all my rants are like this). The rant was on people wanting to literally get wings. Maybe I was too convincing or something. Got some princess going on about fact checking and so on. LOL. I know sarcastic and pointed humour are lost on a LOT of people. So it's to be expected of course. The other thing about the story is one place reported it was in the USA (the one I originally read), one says Germany and another says Canada. So go figure. So typical of the media these days to literally change reality and push it out for people to read.

Lastly I did a little video one time about collective memory not always being right. The example was a movies a LOT of people think they have seen named "Sinbad and the Genie". Well the movie memory seems to be sparked from a short part of a Sinbad movie where he is talking to a Genie to get his help. It is NOT the entire movie. Another example and I have not one clue where this one is from, but many of my friends claim to have seen it - a car had this big blade and a basket on the side of it and cuts a guys head off and the head falls in the basket. I literally can't find reference to this at all. But that's another story. More than one person (or the same princess with more than one account) has mentioned the obvious movie about a Genie and Sinbad doing things together. Yes it's A MOVIE with Sinbad and a Genie - but 100% not what the hell I'm talking about. I even said there are several examples of it happening in my video if I remember correctly (and maybe I don't - I'm just not going to watch it again). But people these days seem to think only of the title (like my comedy rant LOL), and they don't seem to listen to what the hell you have to say - they just assume shit.

The example of the Sinbad thing, has happened a TONE of times that I've seen. People will comment to a FB post or a Tweet or a Vlog and it is very obvious they have this strong desire to be right and to be listened to no matter how stupid they sound. In every case, they don't listen to the person or they don't read to comprehend - they instead hear what they want to hear or read what they want to read. This is actually a sign of Psychosis, but I'm kind of sure not that many people have that problem - so it has to be some fundamental shift in social thinking. This has happened several times in my life time where there has been a split from one generation to the next in how people see the world and interact with it. This seems to be the latest shift - well part of it - the other part being the inability to handle the fact others don't think like you, the inability to see facts as facts and instead substitute belief as fact, and of course the big one - you have a very bad person who is literally evil and trying to destroy society if you don't agree with me 100%.

Now lets rag on people who don't use paragraphs properly. Oh wait, I just used them improperly... never-mind. Not to mention the intentional grammatical errors.

I leave you with the knowledge that someone loves you. Peace be with you.