IS SOCIAL MEDIA CHANGING SOCIETY FOR THE WORST?

September 29, 2019
The topic of a video was the way that people are lost to a following in the manner that it becomes their personality to be part of a group. The speaker went on to say that 60% of the left is guilty of the same bad actions as those on the right. Well I don't think it is nearly that extreme and would say perhaps only 5% on the right or left are out of control and acting bad because of pack mentality. The following is my comment on the video.

To be honest we only seem to see the wingnuts that do not have a sense a self and go with the pack. The radicals are extremely noticeable. We do not notice that the majority of people are not following a party or a religion with every fibre of their being. The nature of social media is to amplify the crazy of a group. We also tend to remember negative actions and incidents a lot more than we remember good things and happenings. So to say that the majority is like what we see is not actually true. But yes I know people on the left that are over the top as well and mean as heck. The right is more noticeable at this time because the news media is hyper focused on them. But that all being said I think the radicalization of people is starting to be more common. Social media is of a nature that it is literally like a drug and the desire to be part of the group on social media is such that people start to act in the same way of the pack. It is starting to make radical action more common. So in a couple of generations there may either be a backlash against online networking or there will be deeply divided cams causing a lot of trouble and bloodshed with each other. The nature of the beast may change society in ways we do not yet understand. 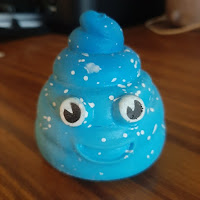