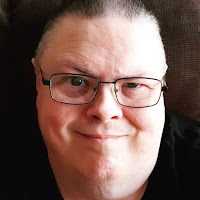 So I noticed my phone was saying "emergency calls only". I had tried to phone someone and it made a sound and popped up "not a registered device". So I'm like WTF? I paid my bill and it's a nice shinny new phone less than a month old.

Well I could not text either but being I was on the PC I fired up Sasktel web page and hit chat. Well gave them my info then proved who I was to them and they told me to power cycle it or put it in airplane mode for 10 seconds then back to normal mode.

So I hit the power and let it power down then powered it back up. It connected to the network and all was fine. I thanked the person for helping and was on my way.

Later at coffee I mentioned this and my one friend tells me he had the same thing happen. The other 2 did not have it happen. We all live in the same aria and are served by the same tower and where all home at this time. So I go no idea.

I texted a few others - some out of town - and several of them had the same thing happen. No commonality to device brand or make. Only thing was the time of day and all on Sasktel network.

Then there was the issue with my phone not doing searches or connecting on Chrome. I was again like WTF? So I cleared the cache and it did not help. I cleared the app data (slightly hard to find on chrome) and then signed back into it and reset everything back to my liking and well it works now.

The I fire up YouTube and start to play a video (and it's literally playing). I get a popup saying I'm not connected and to try my downloaded videos (I have premium). Well being that it's streaming a freaking video, again I'm like WTF?

So off I go and reset the app by clearing it's data in the app menu from settings on the phone. Well it starts to work again.

Other apps seem to be working fine and I am wondering what happened. Well there was an update last night to my phone - security update. So my friend who I was out for coffee with has the same type of phone - mine is the A50 his is the A30. I message him and sure enough he has the same issues.

So the update had to have somehow messed up the data files on the apps. Why these 2 only (so far, not tried them all) I don't know and why others are fine I don't know.

So yeah, a bit of frustration with my device today to say the least. I kind of wonder how many people would not be able to do this or think to get hold of the provider for support and take it to a shop?

I know that I need to clear data now and then - it seem it just happens sometimes for literally no reason. YouTube and Chrome seem to be the worst of them for this. It seems they are messing up way more often.

But Android is kind of a sloppy OS and does not do garbage collection, this is why Samsung has a cleaner in the settings. Seriously if you just let them go, they will run out of memory and slow the hell down to a crawl if you let them - that is if you do a lot on them.

So now and then you need to do the clear thing and then log back in and so on - it just happens at random it seems. But this time two of us had it happen after the same update. I kind of wonder how it effected the same apps and why - but I will never know.

One last thing. Two days ago it pops up "new time zones will be set on next reset". So I'm like WTF? I had no idea why the hell this was happening and I never seen this before.

So I google it and sure enough there is an explanation in a help forum. Well it seems Chile stopped doing daylight savings time so the time zone definitions had to be updated. I had no idea and was lucky to have found an explanation at all.

To be honest, I wish the entire world would just drop DST. It's a pain in the butt for no reason that is valid. Where I live (Saskatchewan) we don't do it but on both sides of us they do - so companies here that export or have to deal with other parts of the same company elsewhere, change the hows of operation to match up on DST. It's a pain and no one wants it. Well no one rational.

I remember when TV was from one location and not like now where it's regional the times of TV shows would change here because we did not change - well no one tells us it changed, they just did so we missed the shows twice a year before adjusting.

Anyway - I'm off to play Pixel Dungeon and lose. Have a good day.